Leadership: How Trump Saved House Republicans From Themselves on Ethics Blunder 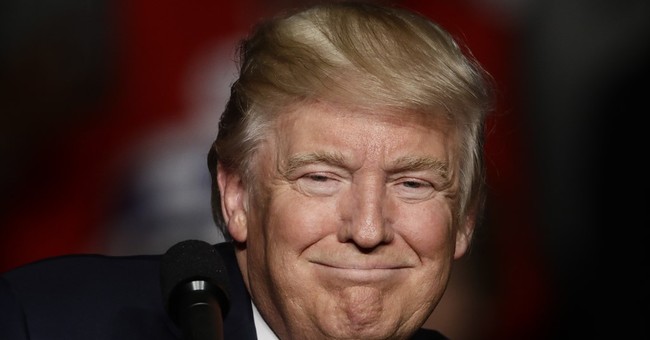 We've been following this story since it broke last night, the trajectory of which has been quite remarkable to track. House Republicans foolishly opened the new year with a surprise move to weaken an internal ethics watchdog office, drawing immediate and widespread criticism from virtually all quarters -- from Elizabeth Warren to Judicial Watch. These condemnations were unfair, some supporters of the move argued, because the Office of Congressional Ethics was due to for significant and needed reforms. Members from both sides had become frustrated with the body's opacity, alleged foot-dragging, and selective leaks; some also contended that accused parties (often under investigation thanks to anonymous tips) deserve enhanced due process protections to defend themselves in the court of public opinion and elsewhere. A number of these complaints may be entirely justified, and certain changes may indeed be necessary. But springing an unexpected rules change with very little debate as virtually their first act of 2017 was at the very least a monumentally asinine PR move. The optics were just terrible, and some of the substance smelled fishy, too: No ability for the office to communicate with the public or press in any sanctioned capacity? And no more probes launched based on any anonymous tips, ever?  Sure, that provision would allow members to face their accusers, but it would also virtually guarantee that fewer whistleblowers would be willing to bathe malfeasance in sunlight, for fear of career-related reprisals. All in all, the change looked very much like a badly-conceived, heavy-handed, exceptionally poorly-timed incumbent protection racket -- and one that didn't even get the bipartisan buy-in that would have shielded the GOP against obvious lines of attack like this:

Democrats used the "culture of corruption" narrative as a key theme of their successful 2006 campaign to retake Congress. If even a handful of low-level Republican scandals were on the radar in the lead-up to the 2018 midterms, Democrats would have had a handy, turn-key, national storyline to hang around Republicans' collective neck. Sources with access to internal deliberations confirm to Townhall that Paul Ryan and several members of GOP leadership spoke out against this idea, with the Speaker urging his caucus to hold off and forge a package of consensus reforms with Democrats. But the rank-and-file, annoyed by what they've viewed as the office's abuses and lack of accountability, moved forward anyway, ushering in the first news cycle of the fresh year with a self-inflicted tempest. Not wanting to hang his members out to dry, Ryan put out a statement seeking to tamp down concerns over the decision. Again, some of his points were fair, but the whole episode appeared to be spiraling into 'massive misadventure' territory. And that's when the President-elect weighed in publicly, via Twitter. Having campaigned on a "drain the swamp" slogan, and admonished allies for playing down that message in recent weeks, Trump voiced his opposition to the overhaul. He diplomatically allowed that his party's House majority might have been motivated by innocent intentions, but correctly decried the move as a total misfire in terms of priorities:

When the man's right, he's right. Shortly thereafter, Republicans abruptly shelved the plan for later consideration. Trump, who sometimes possesses an uncanny ability to read the electorate's overall mood, helped save his fellow partisans from themselves. With this episode now in the books, Paul Ryan owes Trump a debt of gratitude. The Speaker realized how bad this would look, yet was unable to persuade his members to reverse course. With two tweets, Trump helped turn the tide -- and did so, as he likes to say, quickly. One can't help but wonder what this early, giant, totally-avoidable near misstep portends for delicate and tricky governing maneuvers on the 2017 agenda. If Congressional Republicans nearly self-destructed over a mind-bendingly moronic ethics gambit, how likely are they to get their acts together to repeal and replace Obamacare? On the other hand, if Trump and Ryan can work in tandem by hitting private and public pressure points, perhaps some discipline and sanity can eventually prevail, as it finally did today.