Prevent Defense: How the RNC is Crushing a Potential 'Never Trump' Convention Rebellion 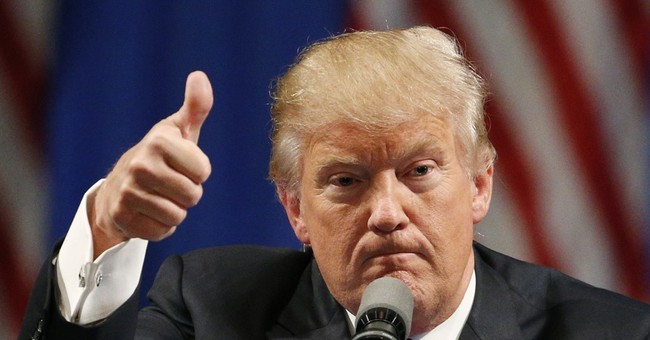 Once Donald Trump defeated Ted Cruz in Indiana on May 3, the GOP nominating contest effectively ended. Trump was the presumptive nominee. But as major controversies and internal turmoil have continued to plague the billionaire's campaign -- and as his polling position backslides into a clear general election disadvantage -- Trump's opponents within the party are continuing to discuss the possibility of plotting a Cleveland revolt. They argue that Trump won fewer than 50 percent of GOP primary votes, despite running effectively unopposed for the last month of balloting, and that his weakness against Hillary Clinton is throwing away a very promising opportunity to defeat the Democrats' unpopular and tainted nominee-in-waiting. But didn't Trump hit the magical 1,237 number, clinching a majority of bound delegates? How could the Republican convention deprive him of the crown he earned under the rules? By changing the rules, or declaring them non-binding. The Weekly Standard reports:

The call, organized by Colorado activists Kendal Unruh and Regina Thomson, featured a variety of updates about the state of the project to use the RNC's rules to stop Trump's upcoming nomination at the convention. The umbrella group, Free the Delegates 2016, argues that a fair reading of party rules and state laws across the country give national convention delegates the ability to "vote their consciences" on the first ballot. The confederation of activists and delegates hope to have influence on both the RNC rules committee as well as the actual convention floor to show the party faithful they have the option to vote how they see fit—and, hopefully, against Trump. "The movement is growing. The more we talk about it, the more delegates talk with each other, the more courage they get," Unruh said on the call...Those involved in the effort appeared to come from several camps and wings of the broader conservative movement. Among the speakers in Sunday's call were former New Hampshire senator Gordon Humphrey (who endorsed John Kasich in the primary), activist James Lamb (who supported Marco Rubio), and Iowa radio host Steve Deace and New Jersey politician Steve Lonegan (who both endorsed Ted Cruz). Much of the call involved updates on various parts of the project, such as a Virginia activist challenging his state's laws on bound delegates...On Sunday's call, she declared the unbound delegate movement is "on the right side of history." Unruh is a disciple of RNC member Curley Haugland of North Dakota, who has long argued for delegates should vote their consciences and has even released a free e-book on the idea.

Here are a few ads Trump opponents are running in hopes of persuading delegates to either buck or alter the process by which the convention is governed:

A few points before we get to the party establishment's reaction to this brewing insurgency: As staunchly as I've opposed Trump, I've also acknowledged all along that the rules laid out at the onset of the 2016 cycle were clear and ought to be respected.  That's why so many in the #NeverTrump camp lambasted the then-frontrunner for whining about the "rigged" system when outcomes didn't go his way during the primary.  Upon losing, he would casually and baselessly allege fraud or cheating in an attempt to delegitimize the result.  His campaign also spent a lot of time promoting the message that even if Trump failed to secure the delegates required to stave off a contested convention, he should be handed the nomination anyway, as the top vote-getter.  That's not how the rules work, his conservative opponents shot back.  If you want this victory, it's up to you to earn it.  And guess what?  He earned it.  To switch tactics midstream and start contending that the established rules (and the people's votes) shouldn't matter is deeply disingenuous.  It exhibits an 'ends justify the means' mentality -- with the means being mass disenfranchisement, in this case.  The Republican National Committee, which is more or less running Trump's entire ground game at this point, is moving decisively to crush any convention insurrection:

The Trump campaign and the Republican National Committee are moving quickly and aggressively to head off the fledgling effort to stage a revolt at their convention next month in Cleveland, hoping to spare the party an embarrassing spectacle that could deeply wound the presumptive nominee. They are employing hard-nosed tactics, warning delegates that attempting to undermine Donald J. Trump’s claim to the nomination violates party rules, and threatening to deny speaking slots to Republicans they deem disloyal for not backing him...The R.N.C. and the Trump campaign are also installing loyal party stalwarts in key party positions to help ensure that they maintain control of the convention if rogue delegates attempt a disruption. And they are trying to discredit Republicans who are advocating an interpretation of party rules that would allow delegates to vote for anyone they want on the first ballot.

Their moves are intended to buttress Mr. Trump as he confronts a faction of Republicans who, emboldened by his recent missteps, say their efforts to stage a convention coup are gaining more support. In the last week, prominent Republicans like House Speaker Paul D. Ryan and Gov. Scott Walker of Wisconsin have breathed new life into these efforts by saying that delegates should be free to follow their consciences instead of being committed to back a candidate. Stopping the presumptive nominee at the convention — one who won 37 states and has an indisputable majority of delegates — would be an extraordinary affront and seems improbable at this point. But even if the anti-Trump forces fall short, the scene that threatens to unfold on national television would be an unwelcome one for Mr. Trump and the Republican Party: a band of angry, rebelling delegates trying to seize control of the convention and wrest away the nomination.

I'm not sure "we'll deny you a speaking slot" is a particularly powerful threat this cycle; the party is reportedly struggling to find A-listers willing to speak on Trump's behalf as it is, with a growing roster of elected Republicans announcing their intention to eschew the trip to northern Ohio altogether. The New York Times' story goes on to report that RNC officials have deployed "about a dozen operatives to ensure that the nominating vote goes off without a hitch," and having lawyers advise "state party leaders how to beat back the anti-Trump efforts, prompting party chairs from Minnesota to Washington State to issue admonitions to delegates who may be thinking of breaking their obligation to vote for Mr. Trump."  All told, this last-ditch 'dump Trump' push seems even more ill-fated than previous, more plausible, efforts; the party's establishment apparatus is mobilizing to protect its nominee.  I'll leave you with Allahpundit's cynical, but not terribly unrealistic, view on how they may be rewarded for this fealty:

Priebus and his team will get their reward this fall if/when Trump fades down the stretch and spends the last month of the campaign at his rallies complaining that the incompetent “establishment” sabotaged him. There’s a real chance come mid-November that pro-Trump Republicans will despise the RNC for having somehow lost the election for Trump and anti-Trump Republicans will despise the RNC for not having fought harder to keep Trump from the nomination when it had the chance. 1600 Pennsylvania Avenue or oblivion. Sounds right.

Incidentally, that "oblivion quote" isn't hyperbolic heavy breathing from AP. It's a direct, on-the-record (!) quote from a member of the Republican Party's rules committee: “We’re going to ride the Trump bandwagon into 1600 Penn Ave, or into oblivion...One or the other.”