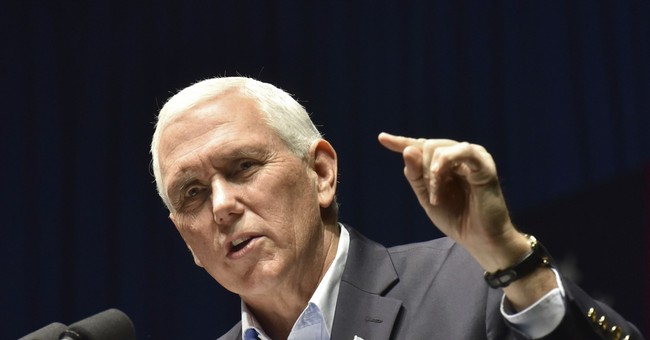 South Bend, Indiana mayor and 2020 Democratic presidential candidate Pete Buttigieg picked a fight with Vice President Mike Pence on Wednesday. Like many progressives, Buttigieg has decided to cast Pence as a bigot and a homophobe. That's (presumably) because Pence has voted against the “Don’t Ask, Don’t Tell” repeal, pushed for policies like the Religious Freedom Restoration Act, and has cheered his wife Karen Pence for teaching at a Christian school in Virginia that bars employees from engaging in “homosexual or lesbian sexual activity” and “transgender identity.” Other critics have more examples of Pence's supposed "discrimination."

On Wednesday, Buttigieg joined the growing list of Democrats to respond to former Vice President Joe Biden's calling his successor a "decent guy." Buttigieg noted that Pence may seem like a polite man, but it "masks" his true identity.

“But that masks this absolutely fanatical view about how the world works or how the universe works that has led to these incredibly hurtful, dangerous, and harmful policies, and that's what we have now in the White House," Buttigieg told BuzzFeed News. "And I think it chills a lot of us, especially in the LGBTQ community, to see that somebody like that can be in that kind of position of power.”

Richard Grenell, the openly gay U.S. ambassador to Germany, fumed at Buttigieg, who he said obviously had no clue what he was talking about. The Mike Pence he knows is a humble, loving, Christian man.

Yet, Pence and his religious beliefs will always be analyzed under the spotlight - sometimes literally. "Hamilton" actors who disagreed with Pence's social agenda singled him out at the conclusion of their Broadway performance in 2016.