Cast of Hamilton Issues Statement To Mike Pence After Show 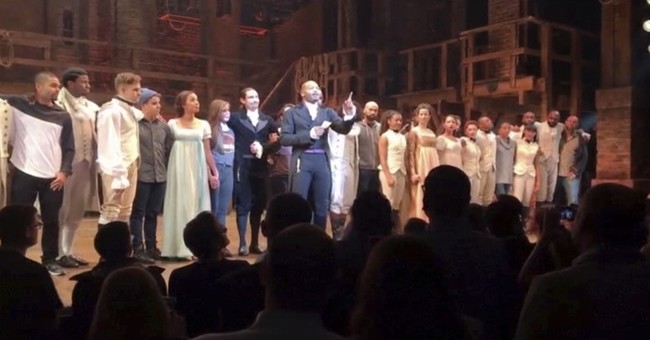 Vice President-elect Mike Pence went to go see Hamilton: An American Musical on Broadway Friday night. Following the show, actor Brandon Dixon read Pence a message, on behalf of the show, saying that he hopes the show inspired him to "uphold our American values." Dixon also said that the cast was "alarmed and anxious" that they would not be protected under the Donald Trump administration.

Pence was repeatedly booed throughout the performance.

The statement was written by the show's creator, Lin-Manuel Miranda. Miranda was a high-profile supporter of Hillary Clinton throughout the campaign.