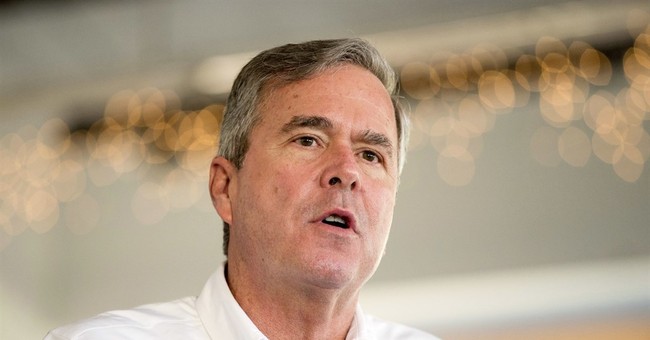 Former Florida Gov. Jeb Bush made his way back into the news last week by weighing in on President Trump's rumored remarks about Haiti, El Salvador and African nations. Trump's referring to those countries as "s***holes" is racist, Bush said.

His public rebuke of the president is not surprising when you remember how he tussled with his former presidential rival on the campaign trail. Trump gave Bush one of his infamous nicknames, "low energy" and criticized his brother, former President George W. Bush, for leading us into the Iraq War. Bush defended his sibling for keeping the country safe.

Bush had stayed relatively quiet since the election, weighing in once in awhile to chide Republicans for giving Trump a pass on the Russian collusion investigation, and, as mentioned above, to call his language racist.

Bush, you may recall, also sparred often with his fellow Floridian Sen. Marco Rubio. Vanity Fair, Politico and other outlets penned pieces detailing what went wrong between the former "mentor and protégé." Clearly, there was some bad blood there during the 2016 primary. In one debate, Bush hammered Rubio for not showing up to work and skipping out on Senate votes.

“When you signed up for this, this is a six-year term,” Bush said, looking Rubio into the eye. “You should be showing up to term. Literally, the Senate, is it a French work week? You get three days to show up? Just resign and let somebody else take the job. There are a lot of people who are living paycheck to paycheck in Florida.”

Rubio hit back, turning to Bush and noting, "someone convinced you attacking me is going to help you."

The two are back at it. In an interview with USA Today last week, Bush acknowledged Rubio's talent, but said the senator's leadership is MIA.

"God forbid you actually took on something that was controversial and paid a political price," Bush said. "That's the attitude in D.C. right now. Certainly Sen. Rubio is no different in that regard. Marco is a talented guy and he understands this issue really well, and maybe behind the scenes he's working hard. But at some point, his leadership would be really helpful." (USA Today)

The two are not running for the same title anymore, yet Bush is still targeting Rubio in interviews.

Bush offered Republicans some advice ahead of the midterms. Focus on the economy, not the president's rhetoric, he pleaded.

"If the election is nationalized and it's not about the economy, then we'll lose," Bush predicted.