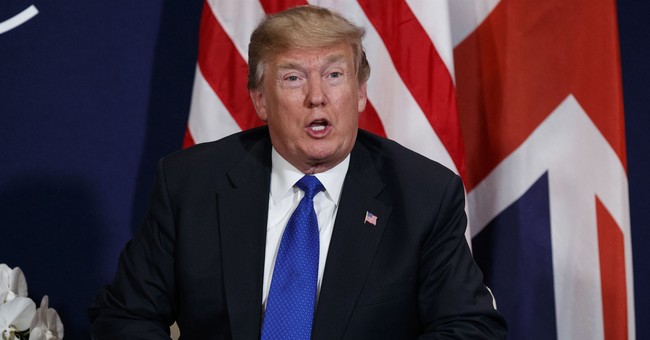 President Trump's "s***hole" remarks earlier this month put the media over the edge. When talking about his immigration policy, the president reportedly asked senators in the room why the U.S. is accepting immigrants from "s***hole" countries like Africa, El Salvador and African nations. Networks like CNN had anchors go live on air to call the president a racist. The next morning, the outlet repeated the president's words sans censors, reminding viewers every few minutes of Trump's racist language.

Former Florida Gov. Jeb Bush, Trump's presidential rival, may not share the media's opinion that the president himself is prejudiced, but his comments certainly were. he even used the "r" word.

“When you call Haiti, whether it’s an ’s-house’ or an ’s-hole’…you disparage a lot of people that love this country that are here making a contribution and making a difference,” Bush said in an interview with USA Today. “It’s very frustrating, and it is racist. [Trump] may not be a racist, but the comments are racist, and at some point you gotta call him out on it.” (The Hill)

Mitt Romney, never one to withhold his opinion of Trump, also rebuked him over the comments.

The poverty of an aspiring immigrant’s nation of origin is as irrelevant as their race. The sentiment attributed to POTUS is inconsistent w/ America’s history and antithetical to American values. May our memory of Dr. King buoy our hope for unity, greatness, & “charity for all.”

Other top Republicans expressed their dismay over Trump's language, but none perhaps to the extent of Gov. Bush.