Manchin: It's 'Wrong' for Fellow Dems to Use Trump's Remarks to Stall Immigration Deal 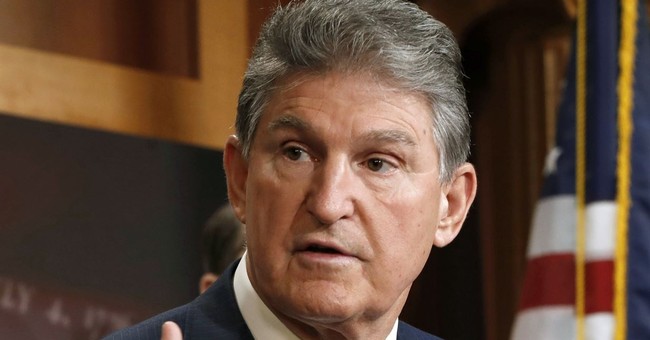 The language being reported is vulgar, yet using it just to spite Trump will get their immigration effort nowhere, Manchin said.

"We’ve got to move on," Manchin said on "Face the Nation" Sunday. "I mean, if it was said in whatever context, it was said. It was hurtful, it was harmful, it shouldn’t have been said. But let’s move on, don’t let it stop the whole procedure."

Other Democrats are open to reach a deal, but want to use Trump's comments to make demands as to what is to be included.

"That’s wrong too," according to Manchin. "If my fellow colleagues and Democrats in the caucus want to do something about it– that’s wrong. That doesn't fix anything."

As for him, he won't be against something "for the sake of politics."

Several lawmakers and media pundits have condemned Trump as a racist for his comments. It has completely overshadowed the bipartisan meeting the president held earlier in the week, which was a rare, fascinating look into a policy discussion at the White House. The media commended Trump for not only holding the open dialogue, but hearing out lawmakers on both sides of the aisle. At one point, he almost even agreed to a plan by Sen. Dianne Feinstein (D-CA) to vote on a "clean" DACA bill - until GOP Majority Leader Kevin McCarthy clarified what she was suggesting.

Congress has until this Friday to avoid a government shutdown, and then until March 5 to fix DACA as it was implemented under President Obama. With these upcoming deadlines, it's doubtful that calling President Trump a racist will solve anything.

"Shame on us" if we allow the government shut down to happen, Manchin said.