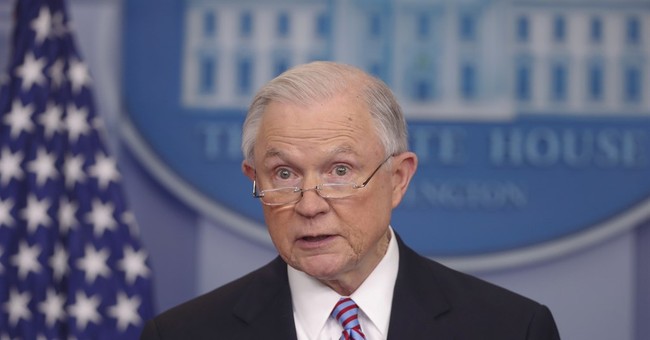 On Monday, Attorney General Jeff Sessions warned sanctuary cities that they stand to lose funding if they continue to shield illegal immigrants from federal authorities. Two days after that threat, the city of Seattle, is suing the administration.

One, that the federal government cannot order local police departments to do anything or coerce action by threatening to withhold dollars.

Second, the city will argue that they have not done anything illegal. Even if the city wanted to help, lawyers will argue, they cannot because the city doesn’t collect information on undocumented immigrants.

Some liberal leaders who pursue sanctuary city status for their localities insist on calling them "welcoming cities." Yet, judging by what happened in Rockville, Maryland, where two illegal immigrant students raped a freshman girl in a high school bathroom, we see that such a title is misleading and dangerous. Katie has been following that disturbing case closely. The students are currently being held in detention centers, while the father of one of the teens has been taken into custody by an ICE agent.

As you can see, these agents should be able to do their jobs.

Nevertheless, Seattle may soon be joined by several other cities fighting the administration's order.

DeSantis Blasts Biden: 'Why Don’t You Do Your Job?'
Katie Pavlich
Psaki Again Blames Republicans for Crime Wave While Defending ATF Nominee Chipman
Spencer Brown
Clown Town: COVID Experts Get Buckshot to the Face Over Latest Advice About Wearing Masks at Home
Matt Vespa
Only a Handful of Dem Governors Have Called on Andrew Cuomo to Resign
Madeline Leesman

Defying the Supreme Court, Biden Issues Outrageous Eviction Moratorium
Townhall
After the governor pardons Mark McCloskey, Rep. Cori Bush tells CNN 'his day will come' because he spat on her name
Twitchy
Rand Paul Gets It Right On Vaccine Mandates and COVID-19 Hysterics
Redstate
DeSantis Blasts Biden: 'I Don’t Wanna Hear a Blip About COVID From You'
PJ Media