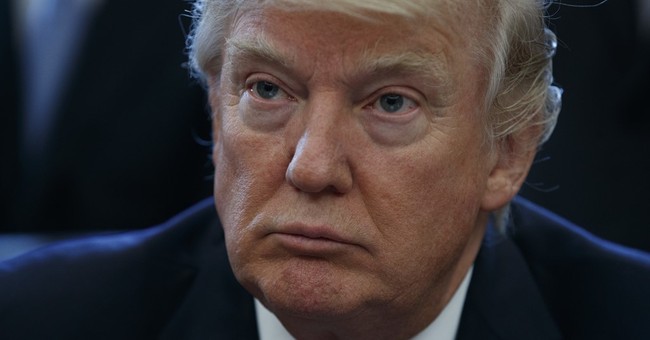 The GOP's American Health Care Act has been scrapped. Knowing they were several votes short of passage, President Trump and House Speaker Paul Ryan decided to pull the bill on Friday. Both conservative and moderate Republicans indicated they could not vote for it because they deemed it Obamacare 2.0.

Trump is putting the blame, not on the conservative members of the House Freedom Caucus, but on Democrats.

TRUMP tells me in interview this is now the Democrats' fault, and that he anticipates that when Obama "explodes" they will be ready to deal

"We had no Democrat support," he said at the White House on Friday. "They weren't going to give us a single vote."

He predicted that Obamacare will now "explode" as premiums continue to rise. Democratic leaders Nancy Pelosi and Chuck Schumer are the real "losers," he said, because they own Obamacare.

He did note, however, that he is willing to work with Democrats to fix health care.

Trump had no hard feelings toward Ryan or his HHS Secretary Tom Price, both of whom he said worked very hard.

In his own press conference following their decision to pull the bill, Ryan said he was disappointed, but optimistic because the party is now more passionate than ever to fix health care. Nevertheless, we are stuck with Obamacare for "the foreseeable future," he noted.