Holder: Sessions May Pleasantly Surprise Us 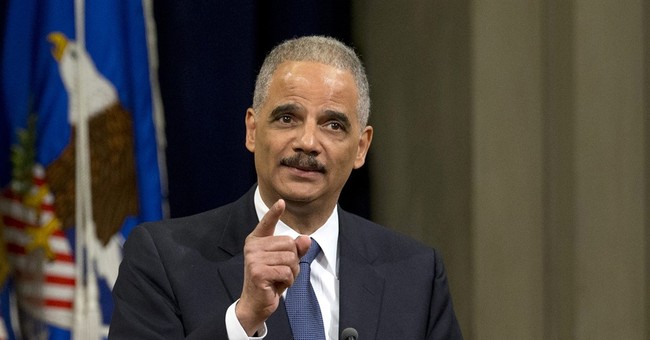 Former Attorney General Eric Holder, who now works for the Covington & Burling Law Firm, said Americans should give the new AG Jeff Sessions a chance. The Obama appointee, addressing a group of students and faculty at the University at Buffalo on Thursday, said we may even be pleasantly surprised by Sessions, who, it's worth noting, voted for Holder at his own confirmation hearing back in 2009.

"It seems you ought to give people a chance, unless they're wholly unqualified," Holder said. "He may end up surprising us and he maybe will say, 'This is who I always was,' and I may end up saying, 'Well I've seen growth then.'"

Jeff Sessions' confirmation hearings were nasty, to say the least. Several senators, many of whom had worked with Session on Capitol Hill, accused him of racism. Joining the voices of dissent was Sen. Cory Booker (D-NJ), who made history by testifying against his colleague to defy him a role in the White House cabinet.

Holder's time at the DOJ, you may remember, was plagued by the Fast and Furious gunwalking scandal and he was even held in contempt of Congress because of it. His successor, Loretta Lynch, did not fare much better. In her short tenure, she engaged in some serious conflicts of interest during the FBI investigation into Hillary Clinton's emails. She decided, for instance, that meeting privately with Clinton's husband, former President Bill Clinton, on an airplane for half an hour was perfectly fine.

In other words, yeah, Sessions does not have big shoes to fill.

Bill Maher on Biden's First Year in Office: 'America Has Lost Its Faith in Joe'
Townhall
Did Jen Psaki say the quiet part out loud with this Freudian slip about the president?
Twitchy
As Tensions Mount With Russia, Cruz Drop-Kicks 'Pitiful' Joe Biden Into the Middle of Next Week
Redstate
Biden Forced to Walk Back 'Stupid Question' Dig at Fox Reporter
PJ Media