'We Cannot Count on Him': Cory Booker Testifies Against Sessions 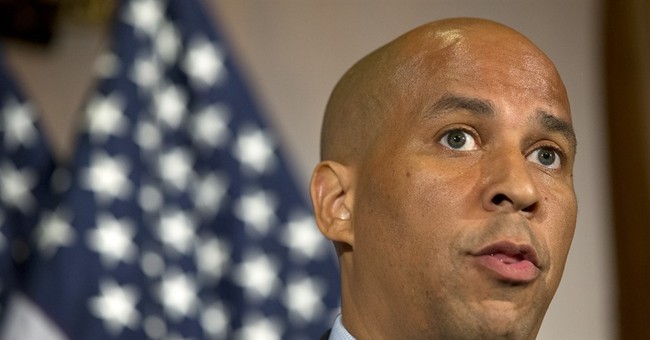 Sen. Cory Booker (D-NJ) made history on Wednesday by being the first sitting senator to testify against a fellow senator being considered for a presidential cabinet position. Sen. Jeff Sessions (R-AL) is in his second day of hearings on his path to becoming the next attorney general. Somewhat awkwardly, several media outlets dug up some old footage of Booker actually praising Sessions for working with him on giving out a civil rights award to voting rights foot soldiers.

The New Jersey senator made reference to that joint effort in his remarks on Wednesday and said that he and Sessions have always exercised mutual respect for one another. Yet, he went on to argue that Sessions has no intention to pursue civil rights in the Trump administration.

Booker acknowledged that it’s “exceptional” for him to testify at the hearing and to break with Senate tradition, but believes in standing up for what his conscience tells him.

As someone who grew up in high crime neighborhoods, Booker said he knows what these vulnerable communities need in an attorney general. They need a leader who not only secures law and order, but justice for all.

“Sessions’ record indicates” that he won’t do any of the above, Booker lamented.

The next attorney general must bring hope and healing and a “more courageous empathy” than Sessions’ record demonstrates.

“We cannot count on him,” Booker concluded.