Rubio Disappointed in How Trump Responded to Rep. Lewis 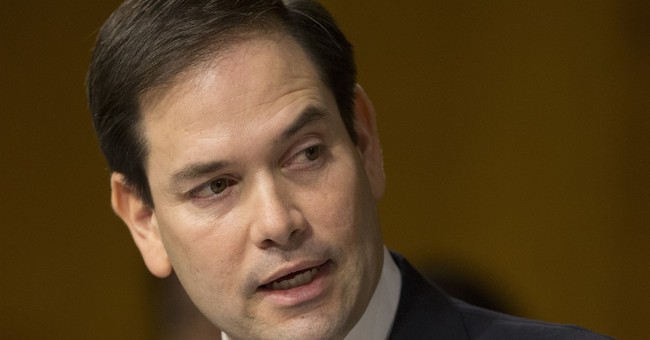 On this Martin Luther King Jr. Day, Sen. Marco Rubio (R-FL) said he was honored to share the stage in Tampa with Rep. John Lewis. The representative, Rubio beamed, is an admirable figure who has a stellar history of pursuing civil rights.

Unfortunately, Lewis has been a source of controversy this past week for starting a fight with President-elect Donald Trump. In an interview over the weekend, Lewis said he did not consider Trump a "legitimate president." Trump responded angrily on Twitter, accusing Lewis of being "all talk and no action."

Rubio addressed the spat with reporters following the MLK event on Monday, noting that he did not agree with Lewis' sentiments and believed Trump won the election fair and square. Yet, Rubio was disappointed in how the president-elect responded to Lewis.

“I also would have hoped that the president-elect would have responded differently," he said.

As a result of this very public feud, Lewis and several other Democratic congressmen will not be attending Friday's inauguration.