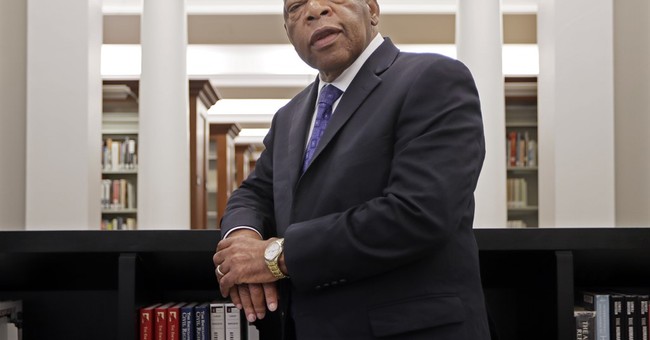 Matt wrote about how Rep. John Lewis (D-GA) has declared that Trump is "not a legitimate president" because of Russian meddling. As such, Lewis has said that he will not be attending the Inauguration out of protest.

Trump responded on Twitter that Lewis needs to take care of his district and that he's "all talk, no action."

Congressman John Lewis should spend more time on fixing and helping his district, which is in horrible shape and falling apart (not to......

mention crime infested) rather than falsely complaining about the election results. All talk, talk, talk - no action or results. Sad!

Sen. Ben Sasse (R-NE), and many, many others, took issue with the claim that Lewis is "all talk." Sasse had previously implored Lewis to attend the inauguration.

John Lewis and his "talk" have changed the world.https://t.co/qeUloAkeTx https://t.co/aH2vDLjKk9

I don't agree with the politics of John Lewis, but his life is honorable. Many of us aren't even near the caliber person he is.

@realDonaldTrump Yeah, what has he done? pic.twitter.com/DlC88jzZj0