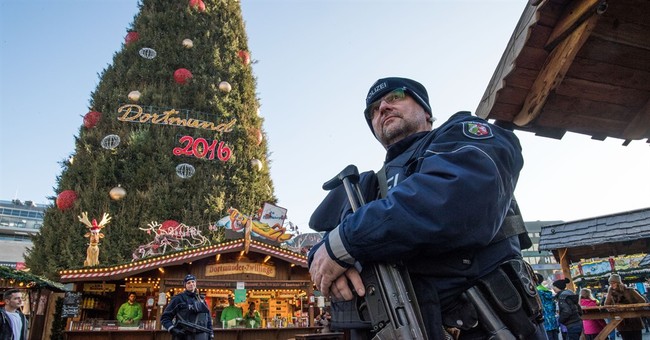 Berlin authorities have released the suspect they arrested in Monday's terror attack due to "insufficient evidence," the Associated Press is reporting.

On Monday, the driver of a bus drove right into a crowd of innocent bystanders shopping in a Christmas market, killing a dozen people and injuring several others. While police arrested a suspect, a refugee from Pakistan, they soon had serious doubts as to whether he was the one behind the wheel. For one, a source told CNN on Tuesday that no DNA from the suspect had been found in the truck.

German Chancellor Angela Merkel condemned the attack, declaring it was clearly an act of terror. President Obama extended his sympathies for her and all of Germany on Tuesday via phone.