Berlin Police: Suspect We Arrested After Attack May Be The Wrong Guy 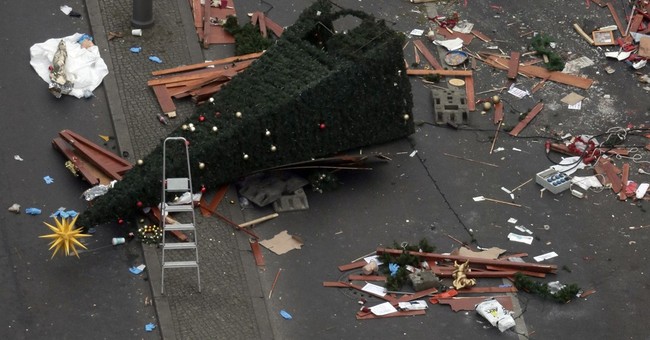 According to breaking reports Tuesday morning, Berlin police aren’t certain they arrested the correct suspect after the attack at a Christmas market Monday.

Police had arrested a 23-year-old Pakistani refugee identified as Naved B., who denied involvement in the attack, but now they are “uncertain” he’s the one who plowed a truck through the crowd, killing 12 and injuring nearly 50 others.

The temporary arrested suspect denies the offense.
Therefore we are particulary alert.
Please be also alert.#Breitscheidplatz

According to the Associated Press, Berlin’s police chief said it’s not clear whether the suspect they arrested was actually the driver.

"We haven't been able to confirm it yet,” Klaus Kandt told reporters in Berlin.