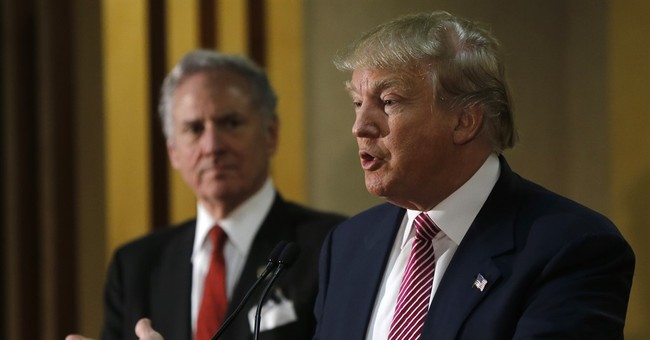 Now that South Carolina Gov. Nikki Haley has a new job, eyes are on her successor. Lt. Gov. Henry McMaster will be assuming the governorship as Haley prepares to become President-elect Donald Trump's ambassador to the United Nations.

Cue the online biographies for McMaster. A few highlights on his resume include: Army JAG officer, United States Attorney for the District of South Carolina under President Reagan, chairman of the South Carolina Republican Party, South Carolina Attorney General and (current) Lieutenant Governor of the Palmetto State.

Despite being part of the party "establishment," McMaster endorsed Trump way back in January, calling him a "man of accomplishment" who has a "quiet compassion" for those in need. As such, Trump can expect to have a cooperative friend and partner in South Carolina.

It's a win-win for President-elect Trump.