Manafort Accuses Never Trumpers of Being Tied to Clinton Foundation 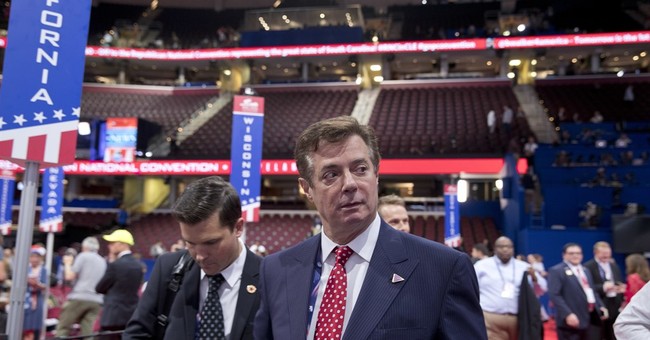 Last week, 50 prominent Republican national security leaders penned a letter warning that Donald Trump lacks the character and judgment to be president. Trump Campaign Manager Paul Manafort dismissed their dire warning, accusing members of the group of having ties to the scandal-ridden Clinton Foundation during a radio interview with John Catsimatidis on Sunday.

The Clinton Foundation was in the news last week after a new crop of Hillary Clinton emails suggested some of the "charity's" donors were seeking favors from the State Department while Clinton was serving as secretary of state.

Manafort has plenty of other targets, however. In addition to the 50 national security officials who voiced their opposition to Trump, over 70 Republicans asked the Republican National Committee last week to stop funding Trump's campaign.

The loyal campaign manager has also critiqued the media for being obsessed with everything Trump says when they should be more interested in Clinton's many scandals.