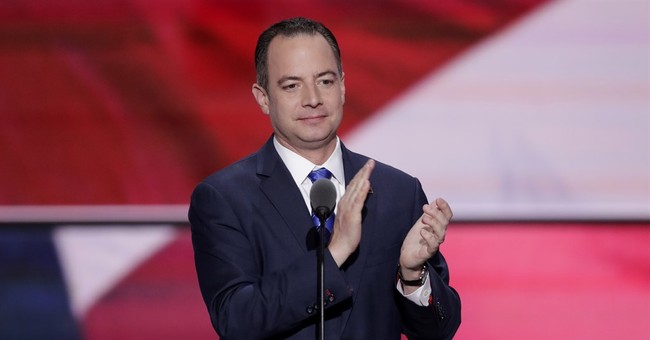 In his interview with radio host Hugh Hewitt Thursday morning, Donald Trump wondered if the "Never Trump" movement was still a thing. Well, it turns out it is. Over 70 Republicans have just sent a letter to the Republican National Committee demanding they stop paying for the GOP nominee's campaign.

“We believe that Donald Trump’s divisiveness, recklessness, incompetence, and record-breaking unpopularity risk turning this election into a Democratic landslide, and only the immediate shift of all available RNC resources to vulnerable Senate and House races will prevent the GOP from drowning with a Trump-emblazoned anchor around its neck,” states a draft of the letter obtained by POLITICO. “This should not be a difficult decision, as Donald Trump’s chances of being elected president are evaporating by the day.”

Instead of offering money to a candidate they say lacks the temperament to serve, these Republicans want the RNC to fund key Senate and House races.

Politico listed a handful of Republican leaders who have signed on to the letter, including former Sen. Gordon Humphrey (NH) and former Reps. Chris Shays (CT), Tom Coleman (MO) and Vin Weber (MN).

As Fox News noted, the RNC has its hands tied. One of the committee's most important functions is to support the party nominee. How can it just leave its candidate out in the cold?