It's Official: Rubio Will Run for Reelection 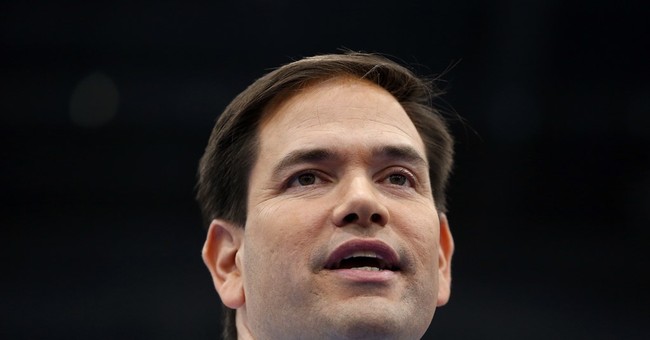 Sen. Marco Rubio (R-FL) is reportedly making his Senate reelection bid official on Wednesday, according to the Washington Post. This, despite previously pledging to return to private life.

Last week, when rumors started circulating about Rubio’s change of heart, Rep. David Jolly decided drop out of the Florida Senate race and run for reelection for his House seat instead. When asked why, Jolly candidly said, "Marco is saying he is getting in."

Perhaps Rubio changed his mind after realizing how vulnerable the Senate is this election year. His colleagues have indicated they want him to run, as well as a majority of Florida Republicans.

“I’m frustrated by what’s happening here in the Senate,” he said, before sharing how the Senate is a place where he could best serve his constituents.

The most significant reason he is running for reelection, though, he admitted, is that no matter who wins the presidency in November, the Senate will have a major role to act as a check and balance for the “bad ideas” from the president.

The senator is expected to make the announcement Wednesday afternoon.