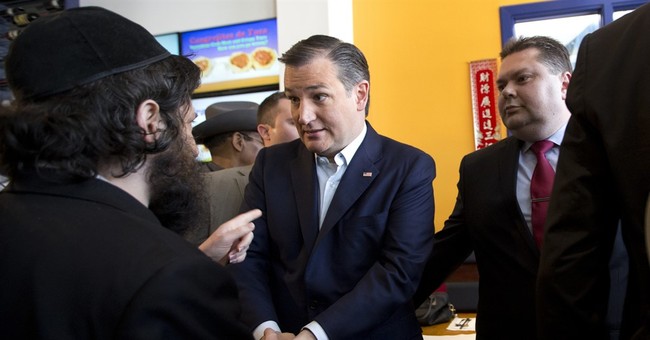 All the candidates are scouring the Empire State for votes this week ahead of the April 19 primary. Ted Cruz’s “New York values” comments are coming back to bite him, as both Donald Trump and John Kasich are using the controversial line to try to convince voters he wrote off the state as a hotbed of liberalism. Can he successfully shed that image? Meanwhile, Hillary is relying on her husband to charm upstate New York, with Bernie Sanders hot on their trail. Clinton and Sanders have been trying to disqualify each other from running, which worries voters they are going to jeopardize a Democrat’s chance to win in November.

Donald Trump: Although New York City Mayor Rudy Giuliani is reportedly meeting with Cruz this week, on Thursday he noted he is voting for his friend Donald Trump. The frontrunner’s new convention manager appeared on CNN Friday to note that, while Cruz has had an impressive couple of weeks, he will find much less friendly territory in New York, meaning Trump can more easily reach the 1,237 delegate threshold to become the nominee.

Ted Cruz: Cruz made what many in the media are calling a surprise campaign stop in New York Thursday, entering a matzoh bakery in Brooklyn to help roll bread and sing Passover songs. The Texas senator, who is currently polling in third place in New York, is hoping to win over New York’s Orthodox Jews. After gaining the support of North Dakota delegates and winning the Wisconsin primary, the Texas senator is expected to gain more delegates this weekend in Colorado. His campaign is not only winning contests and delegates, but raking in some serious campaign cash as well. In March, he raised over $12.5 million. Meanwhile, Lindsey Graham is instilling confidence in voters, saying if he can vote Cruz, “anybody can.” This weekend, Cruz is leaving New York to campaign in Colorado and Las Vegas, before heading to California on Monday.

John Kasich: Kasich, who is currently in second place in Empire State polling, is hoping to win some delegates in next week’s contest. His campaign spokesperson told CNN that Kasich is Trump’s “main competition” in New York and his newest ad takes on Cruz, not the frontrunner.

Hillary Clinton faced some tough questions from Matt Lauer on “Today” Friday morning. The host wondered why, for instance, she is doing so poorly among young voters and women. She insisted that if she becomes the Democratic nominee, she will unite the party. She also dismissed her email scandal as a Republican “fantasy.” She must face the fact, however, that one in four Sanders supporters have indicated they will not vote for her if she’s the nominee.

Bernie Sanders has been facing fallout all week from his disastrous New York Daily News interview that exposed his lack of foreign policy knowledge. He is hitting back at Clinton, however, for suggesting he’s not qualified to be president, listing a numbers of reasons that would disqualify her. A new poll out of California shows him surging in the Golden State. Other Sanders-related headlines are dominated by his accepting an invitation to visit the Vatican next week. He is expected to meet with Pope Francis.