Reports: Cruz Poised to Dominate Delegates in Colorado This Weekend 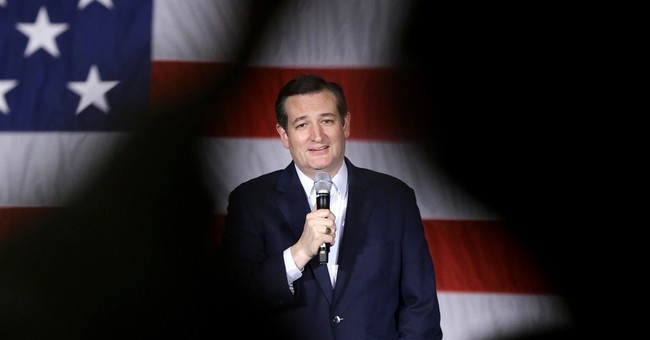 It's been a recurring theme over the last several weeks that has spanned states from Louisiana to North Dakota: Ted Cruz's operation is out-hustling and out-organizing Donald Trump in the crucial realm of delegate politics, and they're reportedly about to run another circle around Trump's utterly overmatched campaign in Colorado. Via NBC:

Colorado is a rare state where party officials choose delegates without any input from a primary or caucus vote. The bulk of the state’s 37 delegates will be picked at a series of congressional district conventions on Friday and a state convention on Saturday in Colorado Springs. Prospective delegates can run as unaffiliated free agents or pledge to back a candidate. “There just doesn’t seem to be any Trump organization at all, to be honest,” Dick Wadhams, a former Colorado GOP chairman, told MSNBC. “I do think that Cruz has an advantage going into this convention on Saturday.” With the odds rising that no candidate will secure the 1,237 delegates necessary to clinch the nomination, the race increasingly hinges on this kind of Byzantine state-by-state delegate selection process. Trump has won by far the most pledged delegates, who are required to support him on the first ballot. There is little evidence Trump’s campaign is up to the task so far, however, giving Sen. Ted Cruz a major opening to overtake the front-runner on the Cleveland convention floor. Most will be free to vote for whomever they chose after that and candidates rarely select their own delegates, meaning they need a major grassroots effort to ensure they have loyal backers at the convention. Colorado will provide a major test of the dueling campaigns when it comes to gaming the delegate process.


Compare and contrast Cruz and Trump's respective approaches to the Rocky Mountain battle over delegates:

Cruz’s operation is headed up by Congressman Ken Buck, his state chairman and a mainstay in Colorado’s GOP. Trump’s campaign has no official state chair and it’s not clear who’s running things. James Baker, the campaign’s initial point person for the state, was fired this week amid infighting between senior staff, according to a Politico report. Baker did not respond to an email from MSNBC on Wednesday, nor did a spokeswoman for the Trump campaign. Cruz will address the convention. Trump canceled an appearance in the state to campaign in New York instead. In an ominous sign for Trump, two Colorado congressional districts already held their conventions this week and Cruz swept both events, installing six delegates pledged to support him come convention time.


Trump has thrown in the towel in Colorado, it seems, opting instead to try to run up the score in New York one week from next Tuesday. With 92 bound delegates on the line in the Empire State, Trump holds a commanding statewide lead. Still, because of the state's allocation rules, Cruz and/or Kasich can pick off delegates in Congressional Districts in which Trump is held below a majority.  With Trump's campaign reeling from a decisive loss in Wisconsin and beset with internal strife and incompetence, the celebrity billionaire -- reportedly angry with the amateurish group he's deliberately selected to advise him -- may be making moves to bring more experienced operatives into the fold.  Allahpundit likens the current state of play vis-a-vis delegates to the Cruz campaign "shooting at an empty net."  Trump is at least tying to install a goalie at this point.  Will he get his act together in time?  I'll leave you with a point I made on Greta's show the other night, explaining why has multiple reasons to worry if he enters July's Cleveland convention short of the delegate he needs to clinch the nomination.

.@guypbenson: "Come an open convention...@tedcruz will be exceptionally well-organized in Cleveland." #Greta pic.twitter.com/brWGoUILDC


Also, this is an odd statement:

Trump confidant Michael Cohen on @ErinBurnett right now says "it's not about Trump getting to 1,237."


In fact, that's quite literally what it's about.