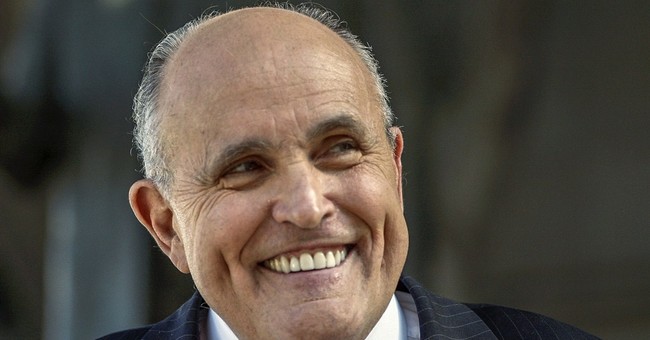 Further, Giuliani believes that the Empire State will be the first state where Trump receives more than 50 percent of the votes. New York has 95 delegates up for grabs.

Giuliani said he expects Trump will get more than 50 percent of the statewide vote and amass a lion’s share of New York’s 95 delegates.

“It’s a question of how much he gets over 50 percent. If he wins 70 to 80 delegates, Donald has a good shot of securing the 1,237 delegates to secure the nomination before the convention,” Giuliani said.

Giuliani said that he's a fan of Trump's immigration and security policies.