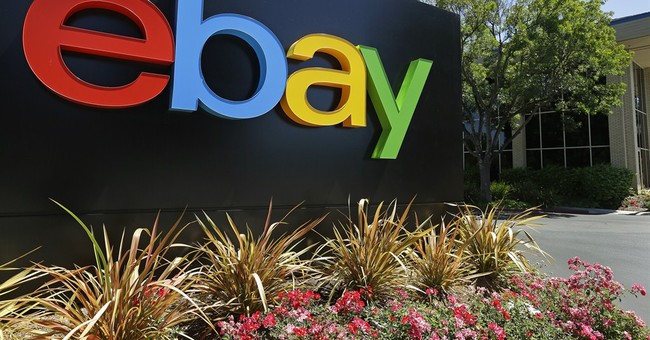 It looks as if beloved children’s author Dr. Seuss is being forced to follow in the cancel culture footsteps of Aunt Jemima, Mr. Potato Head, Alyssa Milano, and countless others.

Following the Dr. Seuss Foundation’s announcement earlier this week that it will no longer publish six of its namesake's classic works, the digital marketplace eBay has begun to purge its platform of what it now labels “offensive material.”

In a screenshot posted by Twitter user Adam Townsend, eBay made clear its stance.

“Dr. Seuss enterprises has stopped publication of this book, due to its negative portrayal of some ethnicities, as a courtesy. We have ended your item and refunded your selling fees. And as long as you do not relist the item. There will be no negative impacts to your account.”

Look at this from eBay pic.twitter.com/rqoIoeQ8bi

While this decision could very well be a genuine, albeit misguided, attempt to reduce the spread of hurtful and “offensive materials,” it’s likely not. As Twitter user Clare Ath points out:

“You can’t make this stuff up. @eBay is blocking my listing of @DrSeuss’s 'The Cat’s Quizzer' & citing it as offensive material. Yet anti-Semite Louis Farrakhan’s books are okay? #cancelcancelculture.”

You can’t make this stuff up. @eBay is blocking my listing of @DrSeuss’s “The Cat’s Quizzer” & citing it as offensive material. Yet anti-Semite Louis Farrakhan’s books are okay? #cancelcancelculture pic.twitter.com/9Au62lagcW

And Farrakhan is far from the worst offender whose work continues to remain alive on eBay, where it can be bought, sold and generally amplified.

Adolf Hitler’s autobiographical manifesto Mein Kampf, in which he “explained his racist, anti-Semitic vision for Germany, laying out a Nazi program pointing directly to World War II and the Holocaust,” remains purchasable.

As well as other clearly “offensive materials,” such as the fabricated anti-Semitic pamphlet “Protocols of the Elders of Zion,” or  Margaret Sanger’s 1922 work detailing her theories of eugenics and racial purity, “The Pivot of Civilization.”

The works of Dr. Seuss, born Theodor Suess Geisel, have been translated into more than 20 languages and are enjoyed by children and adults throughout the world. However, in recent years various school districts around the country have attempted to limit their students' exposure to the books in the name of diversity.

This effort came to a head in late-February, when officials from Virginia’s Louden County dropped the Dr. Seuss collection from their "Read Across America" event, citing “strong racial undertones in many books written/illustrated by Dr. Seuss.”

The Dr. Seuss Foundation, in a move demonstrative of our current society, responded by preemptively offering up six books as a sacrifice to the woke crowd it imagined was forming just out of sight.

And now, just on schedule, the cancel culture train continues forward with Dr. Seuss's removal from eBay, the latest stop on the route.