Nothing to See Here: NYC Board of Elections Admitted to Illegally Removing 200,000 People From Voting Rolls 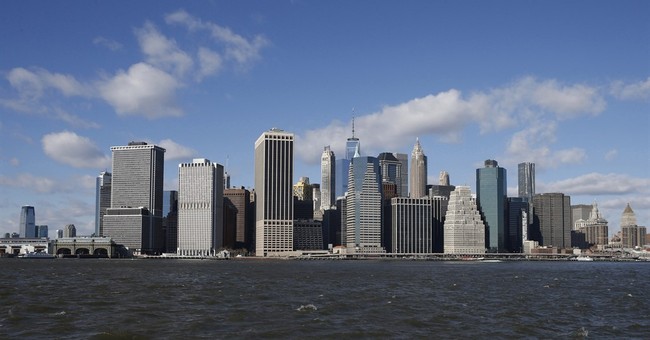 Last year, during the New York primary election, many Brooklyn residents arrived at their polling locations only to be told that they did not exist and were no longer on the voting roll. Dubbed the "Great Brooklyn Voter Purge," well over 100,000 people had been mysteriously removed from the list and were thus ineligible to vote.

Even then-candidate Sen. Bernie Sanders (I-VT) weighed in, saying that it was "absurd" that people were stripped of their right to vote. Sanders lost the New York primary to Hillary Clinton.  Many posited that the purge was aimed at Sanders supporters.

Since then, the Department of Justice has gotten involved, and officials have lost their jobs.

Now, we finally have some answers--or, at the very least, an admission of guilt. In an effort to settle lawsuits, the NYC Board of Elections has admitted that it acted illegally in purging 200,000 people from the voting rolls, and will implement reforms to prevent this from happening again. Those removed from the rolls will be reinstated.

As a part of the settlement, the Board agreed to a series of remedial measures that will be in place at least through the next presidential election, November 2020 — pending court approval. The deal restores the rights of improperly purged voters and establishes a comprehensive plan to prevent illegal voter purges in future elections.

"I see their willingness to grapple with this problem as a significant step forward," said Susan Lerner, head of the good government group Common Cause New York, the lead plaintiff in the case.

What an utterly bizarre story that still doesn't make a whole lot of sense. The right to vote is sacred, and it's abhorrent that hundreds of thousands of people were stripped of this right for no apparent reason. This is completely unacceptable.