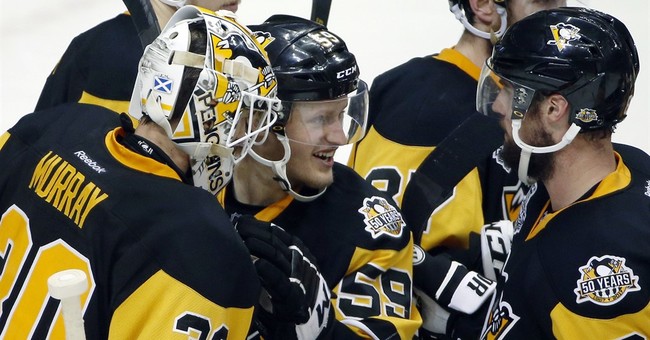 The Pittsburgh Penguins issued a statement on Sunday that confirmed that the team is still set to visit the White House to celebrate their Stanley Cup victory.  The team said that while they respect the rights of others to "express themselves as they see fit," the team respects the institution of the presidency and will still visit the White House later this year. The Penguins also visited the White House when they won the Stanley Cup during the George H.W. Bush and Barack Obama eras.

The Pittsburgh Penguins have a statement regarding the team's upcoming White House visit.

The Pittsburgh Penguins respect the institution of the Office of the President, and the long tradition of championship teams visiting the White House. We attended White House ceremonies after previous championships - touring the historic building and visiting briefly with Presidents George H.W. Bush and Barack Obama - and have accepted an invitation to attend again this year.

Any agreement or disagreement with a president's politics, policies or agenda can be expressed in other ways. However, we very much respect the rights of other individuals and groups to express themselves as they see fit.

Shortly after their victory in June, the Penguins issued a very similar statement saying that they were still planning on going to the White House if they were invited. The Penguins CEO/President Dan Morehouse, who is a Democrat and used to work for Bill Clinton, said at the time that he thought there were other ways for a person or team to express their disapproval of a policy besides snubbing a White House visit.

The Golden State Warriors, who won the NBA Championship, will not visit the White House. President Donald Trump uninvited the team Saturday on Twitter after several of their players said that they would not want to go.  The team says they had not yet been formally invited to visit.