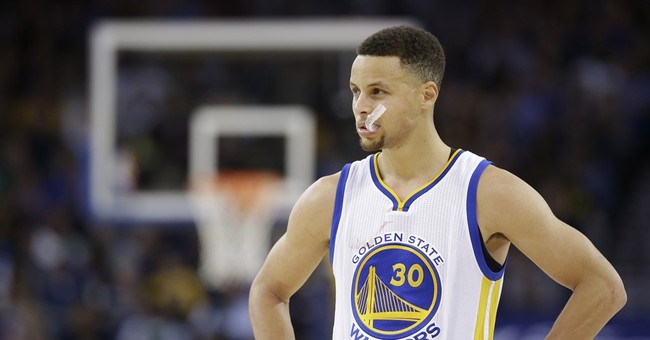 Ever since the Golden State Warriors beat the Cleveland Cavaliers to win the NBA Championship in June, rumors have been swirling that the team would skip out on the customary celebratory White House visit. At the time, the team insisted that no decision had been made, and that the team had not yet actually been invited to begin with. In August, Kevin Durant said that he would not go to the White House, and that most of his teammates agreed with him.

On Friday, Warriors star Steph Curry said that he did not want to visit the White House, saying that he wanted to use his platform as an athlete to speak out that he does not stand for the same things as President Donald Trump.

“I don’t want to go,” Curry reiterated. “That’s kind of the nucleus of my belief…(But) it’s not just me going to the White House. If it was, this would be a pretty short conversation.”

When asked why he wants to skip the visit and what the intended message would be, Curry elaborated.

“That we don’t stand for basically what our President has – the things that he’s said and the things that he hasn’t said in the right times, that we won’t stand for it,” Curry said. “And by acting and not going, hopefully that will inspire some change when it comes to what we tolerate in this country and what is accepted and what we turn a blind eye to. It’s not just the act of not going there. There are things you have to do on the back end to actually push that message into motion.

“(Athletes are) all trying to do what we can. We’re using our platforms, using our opportunities to shed light on that, so that’s kind of where I stand on it. I don’t think us not going to the White House is going to miraculously make everything better, but this is my opportunity to voice that.”

...So Trump withdrew his invitation (and possibly the Warriors as a team) on Twitter on Saturday morning. Trump tweeted that the White House visit is a "great honor" for a winning team, and he did not appreciate how Curry was hesitating on visiting.

The Warriors insist that they were never officially been invited to visit the White House, and were planning to meet as a team to discuss whether or not they would make the trip to 1600 Pennsylvania Ave.

As with Friday's Kaepernick comments, this just seems like such a strange thing to focus on right now. Athletes of all political views have skipped White House visits in the past. This is not a brand new phenomena of the Trump era. Further, Curry has made it clear from the very beginning that he was never planning on attending any sort of visit to the White House. It just seems petty and immature to "uninvite" someone who was both never officially invited and never wanted to go in the first place.

As for other sports, the Stanley Cup Champion Pittsburgh Penguins still plan on visiting the White House, if they are invited.