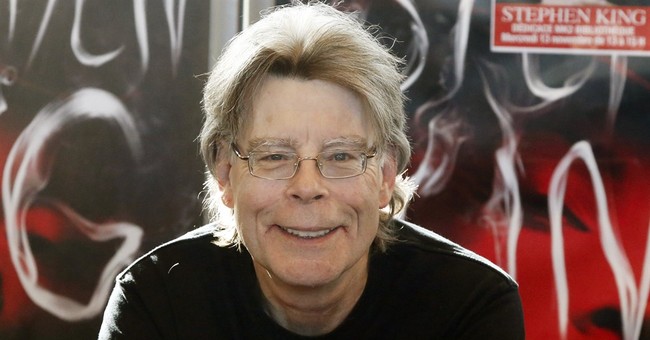 Author Stephen King has been opposed to President Donald Trump since the primaries of the 2016 election, and in June, the president blocked King from his personal Twitter account @RealDonald Trump. Now, in a bizarre "retaliation," King has said that he's "blocking" the president from seeing the new movie It as well as watching the television series Mr. Mercedes. Both the film and the tv series are based off of King's books.

In the tweet, King said "No clowns for you, Donald." "It" tells the story of a shape-shifting demon that sometimes takes the form of Pennywise the Dancing Clown.

I mean...cool? I'm not an expert or published author, but I'm pretty sure that's not how "blocking" someone works. On the off chance that Trump even wants to see It, there's really nothing King can do to stop him. After all, we live in a free country. Grown adults are able to watch whatever movie or television show they desire provided they have the means to make it to a movie theater or some sort of access to a television subscription.

But I guess this is the world we're living in--people need to continuously "prove" how they're opposed to the president, even if it means tweeting out these nonsensical claims. You do you, Stephen King.