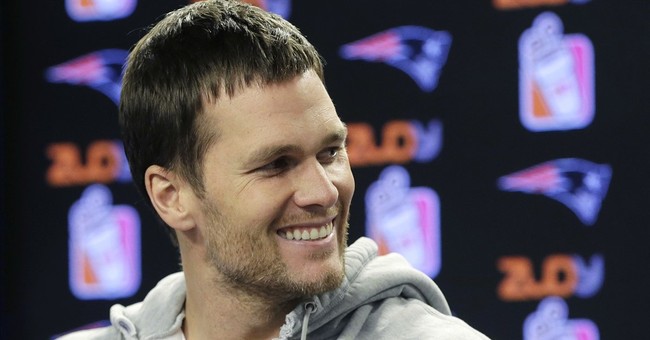 The greatest quarterback of all time, Tom Brady, has had a weird relationship with his friend Donald Trump's candidacy. First he endorsed him, then he un-endorsed him, then he reportedly voted for him (although his wife, Gisele Bundchen, quickly put the kibosh on him speaking about politics). On Trump's end, he has publicly supported Brady throughout Deflategate.

Now, with Trump as the 45th president and Brady headed to his seventh Super Bowl appearance, Brady has been asked to explain his friendship with Trump. Brady said that they call each other regularly, and he does not understand why this is such a big deal.

“I have called him, yes, in the past. Sometimes he calls me. Sometimes I call,” Brady said. “But, again, that’s been someone I’ve known. I always try to keep it in context because for 16 years you know someone before maybe he was in the position that he was in. He’s been very supportive of me for a long time. It’s just a friendship. I have a lot of friends. I call a lot of people.”

“Why does everybody make such a big deal? I don’t understand it,” he added.

“I don’t believe in a lot of things,” Brady said. “Not to denounce anything. There are different things … I’ve known Gerry [Callahan] for a long time and I would consider, I don’t know friends, but would be very cordial if I saw you and I think we would have a lot of things to talk about. I don’t agree with everything. That’s fine, right?"

Bravo. Being friends with someone doesn't mean that you embrace every view that they stand for, and having friends with whom you may disagree with should be encouraged, not disparaged.