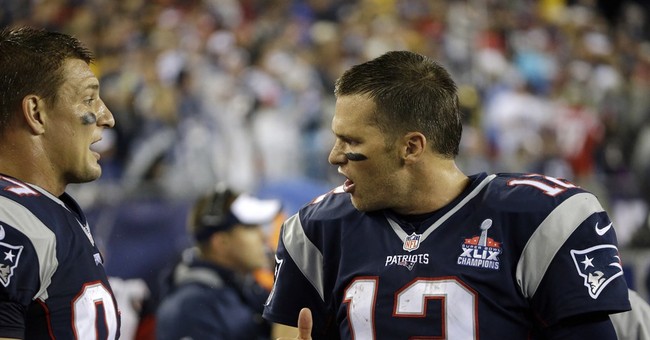 Fresh off of having his #Deflategate suspension nullified, New England Patriots quarterback Tom Brady has endorsed Donald Trump for president.

Tom Brady was just asked about the "Make America Great Again" hat in his locker. Says "it'd be great" if Trump won

Video of the exchange:

“I hope so. That would be great. There’d be a putting green on the White House lawn. I know that,” Brady said with a laugh.

The endorsement should not be a surprise, as it has been widely reported that Brady kept a "Make America Great Again" hat in his locker.

In 2005, Brady described himself as being politcally independent and is reportedly registered as an "unenrolled" voter.