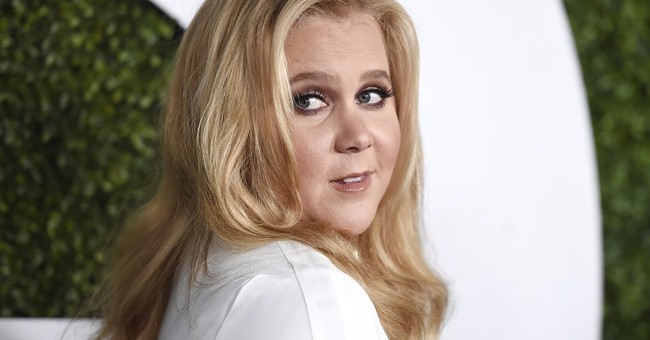 Actress and comedian Amy Schumer is the latest celebrity to say she'll be leaving the United States if Donald Trump is elected president this November.

Unlike her pal Lena Dunham and many other celebrities who threatened to move to Canada if Trump is elected, Schumer is eschewing the traditional locale for disgruntled American expats. She will be learning Spanish and moving to Spain ("or somewhere") following a Trump victory.

"My act will change because I'll need to learn to speak Spanish because I will move to Spain, or somewhere. It's beyond my comprehension if Trump won. It's too crazy," she said.

Celebrities threatening to leave the country if ____ candidate is elected is becoming somewhat of a charming tradition each election cycle. It should be noted that only one celebrity actually followed through on their threat to actually leave following the 2000 election.

Although, if the latest polls hold up, it looks as though Schumer probably won't be leaving any time soon.