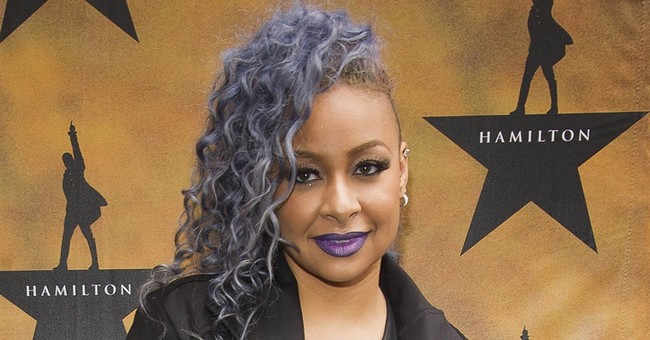 Back in January, The View co-host Whoopi Goldberg mused the idea of leaving the United States if Donald Trump were elected president. Now, it seems as though she'll have a travel buddy. Fellow co-host Raven-Symoné, no stranger to controversy herself, said that she plans to leave the country if a Republican is "nominated."

During Thursday’s episode of ABC’s daytime talk-fest “The View,” Raven-Symonè made a bold declaration — and a promise that we will hold her to.

“My confession for this election is if any Republican gets nominated I’m gonna move to Canada with my entire family,” she asserted.

Asked if she was joking, Raven-Symone declared, “I already have my ticket. I literally bought my ticket, I swear.”

While I assume she means "elected" rather than "nominated"--like it or not, a Republican will at very least be the party nominee in the general election--it'll be curious to see if she follows through with her threat to leave. (I'm betting she won't.)

Perhaps she'll be moving to Cape Breton Island, which was promoted as a safe haven for Americans who don't live under Trump.