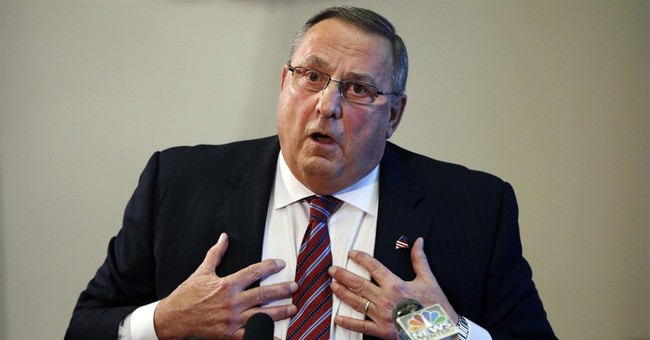 In what is somewhat of a surprise move, Maine Gov. Paul LePage (R) announced he will not be attending the RNC this year. LePage endorsed presumptive nominee Donald Trump back in February. He had previously endorsed New Jersey Gov. Chris Christie.

LePage said that he did not feel as though his presence was needed at the RNC this year, but said he would attend if Trump called and asked him to attend. He also skipped the 2012 RNC.

The bulk of Maine's delegates are still bound to Sen. Ted Cruz (R-TX), who won the state's caucus in March. After both parties had less-than-ideally-run caucuses in repeated elections, the state will switch back to hosting primary elections in 2020.

LePage had been considered a dark horse candidate for Trump's running mate, and has openly expressed a desire to work in the Trump administration. However, when LePage was asked about VP possibility, he shot down those rumors saying it would not help the Trump ticket as Maine is a small state.