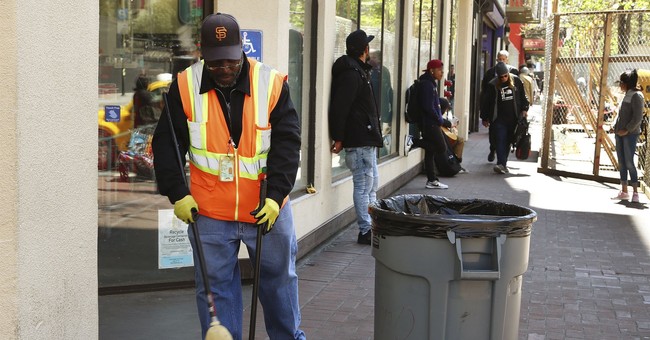 Democrat-run cities were the first to lock down society in an unprecedented effort to stop the spread of the Wuhan coronavirus that came from China. But Democrats' failed policies kill countless Americans year-after year-and cities have never shut down like this before.

It's revealing The Times sensationally tracks and monitors every death in the U.S. linked to COVID but devotes no similar resources for tracking deaths due to drug overdoses, criminal aliens, or violence in inner-cities.

Meth overdoses in San Francisco have shot up some 500 percent since 2008. San Francisco's solution to the problem? California State Senator Scott Wiener, the same Democratic lawmaker who introduced legislation signed by the governor lowering penalties for certain sex offenders and allowing prisoners to request which facility they go to based on their "gender identity," introduced a bill to give taxpayer-funded gift cards to recovering meth addicts.

Democrats' failed policies kill countless Americans every year, but the hysteria over the Wuhan coronavirus is a distraction from the deadlier failures of Democrat-led cities which cost lives year after year.

In Chicago, where over 3,200 people have been shot so far this year, the mayor parades around in a "Rona Destroyer" costume to distract from her administration and her party's failures.

The media has weaponized the coronavirus against President Trump, but we shouldn't let the Wuhan coronavirus distract us from all the preventable deaths caused by decades of failures under Democratic leadership.