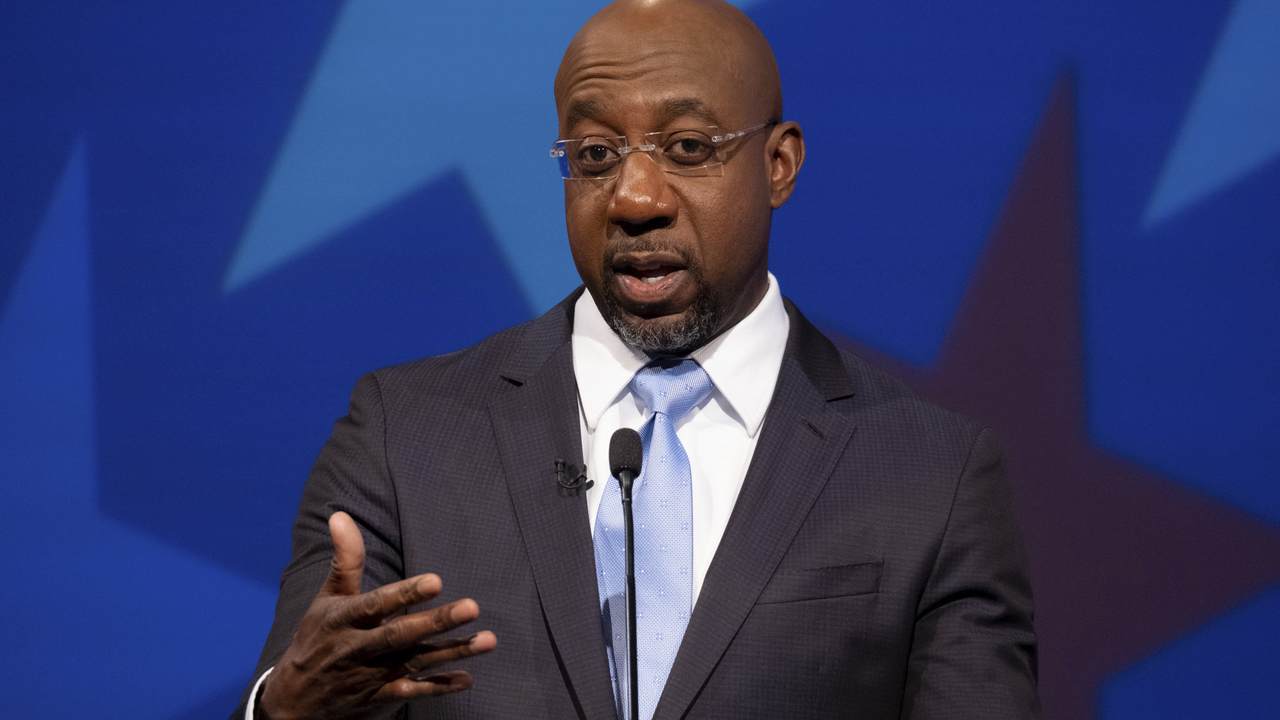 Rev. Raphael Warnock (D) is doing his best to appeal to Georgians in hopes of ousting Sen. Kelly Loeffler (R) in the January runoff election. Warnock paints himself as a life-long Georgian who grew up in a large family, where his father was a preacher and his mother picked cotton and tobacco.

In an email to the Democratic National Committee's donor base, Warnock asked for a donation to be split between his campaign and the DNC. He referenced his faith and Dr. Martin Luther King Jr.'s legacy.

In just a moment, I’m going to ask you to split a $25 donation between my Senate campaign in Georgia and the DNC. Before I do that, I hope you’ll give me the chance to tell my story.

My name is Reverend Raphael Warnock, and I’m running to unseat Georgia’s unelected Republican Senator, Kelly Loeffler. I grew up in public housing in Savannah with 11 brothers and sisters. My father was a small business owner and a preacher, and my mother spent summers picking tobacco and cotton. I’ve learned the value of hard work.

I have been preaching in this campaign the same message I have been preaching for years at the Ebenezer Baptist Church in Atlanta, where Martin Luther King Jr.'s legacy still runs deep: That we can accomplish anything if we come together and have faith. And I have nothing but faith that we can win this election -- but only if everyone on this grassroots team does their part to support our campaign and the crucial organizing work it will take to win. This is our last shot at flipping the Senate, and with so much at stake, we have to give this our all.

Will you split a $25 donation between my Senate campaign and the DNC today? The road to flipping the Senate runs straight through Georgia. This seat is a must-win for Democrats.

Only a few months ago, folks thought turning Georgia blue was a long shot -- and yet now I’m in a runoff against a GOP incumbent. Republicans are expected to pour a tremendous amount of resources into this fight to protect their seat and cling to their Senate majority, making this final chapter of the race incredibly expensive.

That’s where your support comes in. A Democratic Senate is possible, but it's entirely dependent upon reaching Georgians all over the state, encouraging them to vote, and drowning out a barrage of right-wing attacks. All that work requires tremendous resources. That’s why I have to ask:

Will you split $25 between my campaign and the DNC so that we can send Kelly Loeffler home and flip the Senate? We have under one month to make history in Georgia, which is no time at all when compared to the work that needs to get done.

If we stay focused and have hope, we will win.

What's amazing is Warnock was arrested in 2002 for allegedly obstructing a child abuse investigation at Douglas Memorial Community Church. He also worked for New York's Abyssinian Baptist Church, which hosted communist Cuban dictator Fidel Castro in 1995. He also refused to renounce Marxism and Socialism during a debate with Loeffler. And who could forget his writings where he blamed the "white church" for "white supremacy" and "slavery," or the sermon he gave where he said "nobody can serve God and the military?"

None of those past statements sound like Dr. King's views.