Watch: Raphael Warnock Said 'Nobody can Serve God and the Military' in 2011 Sermon 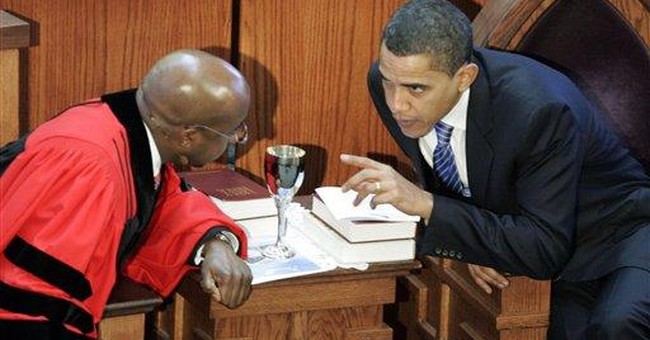 In one of two runoff Senate elections in Georgia, Democrat candidate Rev. Raphael Warnock’s past continues to present problems for his candidacy. In an uncovered video of a previous sermon given by Warnock, as reported by Fox News, he made despicable comments about the military.

"America, nobody can serve God and the military."

It may be time to re-up the “Schumer can’t recruit” stories https://t.co/B0muBwxHg6

These reprehensible comments from Warnock come on the heels of a host other problems in the Senate hopeful’s past, including ties to anti-Semitic Reverend Jeremiah Wright’s “God Damn America” speech, praise for Fidel Castro, an arrest for obstruction of justice in a child abuse investigation, and calling law enforcement officers "thugs," "bullies," and "gangsters."

Incumbent GOP Senator Kelly Loeffler labels Warnock as "too extreme" for Georgia, and pushes for him to give transparency to voters about his troubling past, which got lost in the crowded "jungle primary."

"Georgians need to know who he is."@KLoeffler is exposing @ReverendWarnock's radical values and dangerous agenda for Georgia. #GASen #gapol pic.twitter.com/kULzxWaVfV

Jon Ossoff, who is running to unseat incumbent GOP Sen. David Perdue in Georgia's other runoff election, has yet to comment on his fellow Democrat's past comments and behavior.