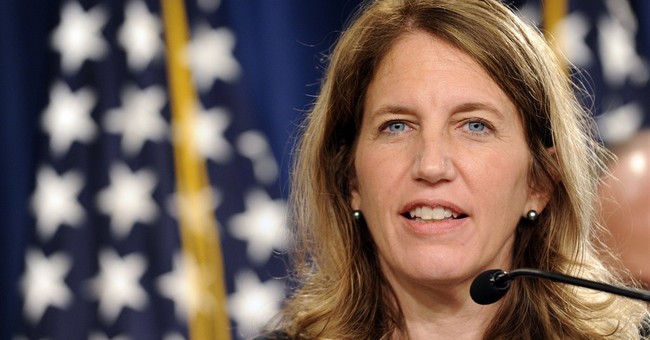 On Monday, Health and Human Services Secretary Sylvia Burwell called for a ceasefire in the fight over Obamacare. "The Affordable Care Act is clearly working," she said. You might have seen some semi-positive news that Obamacare’s premiums for employer-based plans only went up 3 percent this year. But, as Guy pointed out today, individual market premiums went through the stratosphere by an average of 49 percent. This was based on a 3,137-county analysis over at Forbes. Guy added that they’re expected to grow by 8 percent next year, with some facing double-digit increases to pay for their health insurance. Oh, and a fresh round of cancellation notices are looming. This is hardly good news for the President or Democrats as they enter the last stages of the 2014 campaign season.

Guy mentioned the new Kaiser Health Tracking poll, which to no one’s surprise; shows that Obamacare (aka Affordable Care Act) is still unpopular. Forty-seven percent of registered voters having an unfavorable opinion of the president’s signature domestic achievement compared to the 35 percent who like it. That figure has remained the same from previous levels. For Independent voters, Obamacare’s favorability is even lower at 30/49. With likely voters, Obamacare’s unfavorable opinion increases 51/35. For Democrats and Republicans, opinion falls along party lines

In terms of personal impact of the Affordable Care Act, the partisan divide is the same, but a decent chunk of independents–31 percent–told Kaiser that the law has hurt them or their families compared to 10 percent of Democrats. Yet, the number of Democrats, Republicans, and Independents who said the law hasn’t hurt them is high at 63/55/50.

Yet, in Guy's post where he broke down the latest polls, of those who had been affected by Obamacare, twice as many had been hurt than helped.  The figure is above.

When it comes to repeal versus improve, 63 percent wish to see Congress work to improve the law compared to 33 percent who want to see it vanish from American socioeconomic life. Almost every Democrat polled favors improvement over repeal 89/9, with independents strongly backing the same policy route 59/38. Republicans overwhelming favor repeal 61/35.

While Obamacare has been a huge source of material for attack ads, these figures also could show that Obamacare has a limited impact with voters, hence why a lot of GOP campaigns are starting to talk about other issues. Even Charlie Cook wrote that “GOP strategists began telling their candidates and campaigns six months ago that they had milked that cow [Obamacare] for all they were going to get, and that they needed to broaden and diversify their attacks on Obama and congressional Democrats.” If Republicans are attacking Obamacare, it’s in ways that focuses on its impact to the economy, instead of the repeal and replace narrative. Lastly, about half of voters–48 percent–are tired of hearing about Obamacare in political ads; 47 percent still think it’s still an important issue worth debating.

Then again, that’s not to say that the law will have no impact on how people will vote this year. Additionally, the poll found some interesting numbers regarding the minimum wage and pathways to citizenship for illegals [emphasis mine]:

Of course, the GOP should continue to slam Obamacare, but it seems that they already have the anti-Obamacare vote locked up. What to do about Obamacare is an ongoing issue; the 2014 midterms will be over soon.

Overall, amongst registered voters, jobs and economy is their top concern followed by health care. When broken down along party lines, jobs and the economy is the top issue for Democrats, Republicans, and Independents. With the exception of independents, Democrats and Republicans have health care as their second most important issue; independents are concerned about foreign policy and fighting terrorism, which is another issue where the president is under water in his approval numbers.