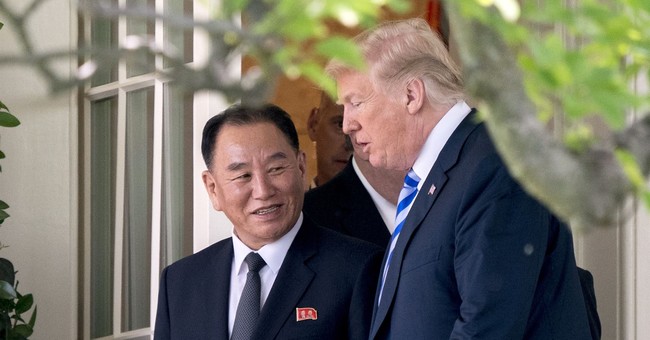 The leaders will meet at Capella Hotel on Sentosa Island in Singapore, Sanders tweeted, thanking the hosts for their hospitality.

UPDATE: The venue for the Singapore summit between @POTUS and Leader Kim Jong Un will be the Capella Hotel on Sentosa Island. We thank our great Singaporean hosts for their hospitality.

Delegations from the U.S. and North Korea reportedly met four times last week at the venue to plan the logistics of the meeting.

President Trump tweeted Tuesday that he hopes the meeting will be “the start of something big.”

Meeting in Singapore with North Korea will hopefully be the start of something big...we will soon see!

President Trump met with North Korean official Kim Yong Chol in D.C. last Friday and announced that the summit with Kim Jong Un was back on following that meeting. Trump had previously cancelled the summit after threats from North Korea and insults aimed at Vice President Mike Pence.