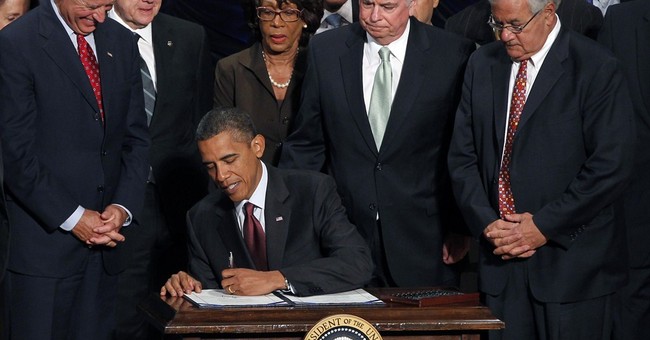 U.S. District Court Judge Arthur Schwab has issued an opinion classifying President Obama's executive action on illegal immigration as unconstitutional based on a list of violations, including the separation of powers.

The opinion was issued in United States vs Juarez-Escobar, a case in which an illegal immigrant was sentenced for deportation after being arrested for driving under the influence in Pittsburgh, Pennsylvania.

Schwab, not the defendant, sought guidance from the federal government to see if Juarez-Escobar qualified for Obama's latest amnesty. The government said no.

Schwab then opined on Obama's latest amnesty anyway, writing, "On November 20, 2014, President Obama announced an Executive Action on immigration, which will affect approximately four million undocumented immigrants who are unlawfully present in the United States of America. This Executive Action raises concerns about the separation of powers between the legislative and executive branches of government. This core constitutional issue necessitates judicial review to ensure that executive power is governed by and answerable to the law such that “the sword that executeth the law is in it, and not above it," Schwab wrote.

"President Obama contended that although legislation is the most appropriate course of action to solve the immigration debate, his Executive Action was necessary because of Congress’s failure to pass legislation, acceptable to him, in this regard," Schwab continued. "This proposition is arbitrary and does not negate the requirement that the November 20, 2014 Executive Action be lawfully within the President’s executive authority. It is not."

"This Executive Action “cross[es] the line,” constitutes “legislation,” and effectively changes the United States’ immigration policy. The President may only “take Care that the Laws be faithfully executed . . . ”; he may not take any Executive Action that creates laws," he continued. "President Obama’s unilateral legislative action violates the separation of powers provided for in the United States Constitution as well as the Take Care Clause, and therefore, is
unconstitutional."

Separately, twenty-four states have filed lawsuits against President Obama's executive action and a variety of polls show the majority of Americans are against the move.

Conn Carroll contributed to this report.