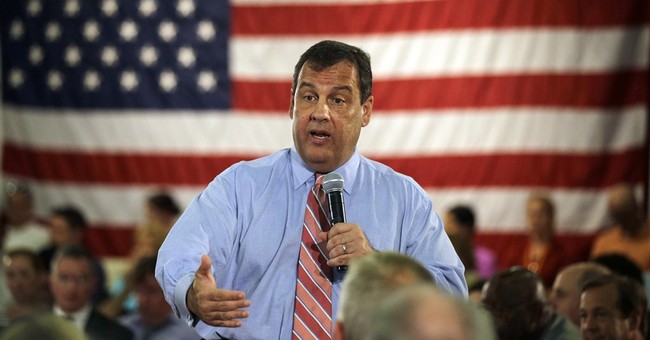 When the team of investigators enlisted by Chris Christie's office to look into the 'Bridgegate' matter -- which was comprised of former federal prosecutors with reputations on the line, by the way -- cleared Christie of any knowledge of those fateful lane closures, critics scoffed.  Of course his personally-sanctioned internal investigation produced favorable results.  Acutely aware of that skepticism, Christie made the following prediction during a lengthy press conference at which he unveiled the inquiry's results: "I think the report will stand the test of time. But it will be tested by the other investigations that are ongoing.”  He was right, of course.  If independent investigators had unearthed evidence refuting his consistent story, his credibility would be shot.  And the probe he'd authorized would look like a corrupt joke -- an elaborate, crass, and taxpayer-funded cover up.  Well, that report has been tested by federal investigators for nine months, and now we have our first meaningful look into what they've found.  Or, more accurately, haven't found:

The U.S. Justice Department investigation into New Jersey Gov.Chris Christie’s role in “Bridgegate” has thus far uncovered no information he either knew in advance or directed the closure of traffic lanes on the George Washington Bridge, federal officials tell NBC 4 New York. The September 2013 closures -- where several entrance lanes to the George Washington Bridge in Ft. Lee were shut down causing a traffic nightmare for commuters -- has been the subject of several federal and state investigations. Federal officials caution that the investigation begun nine months ago is ongoing and that no final determination has been made, but say that after nine months authorities have uncovered no information Christie either knew in advance or ordered the closure of traffic lanes . According to one former federal prosecutor, who had no involvement in any of the probes into the bridge closure, investigations of this kind will often turn up a solid connection early in the inquiry.


And that hasn't happened.  This isn't the final report, so it's probably premature to sound the "total exoneration, full stop" trumpet just yet, but this is big news nonetheless.  To recap: The Christie-authorized investigation cleared him, the feds have found zero evidence connecting him to the decisions he's repeatedly repudiated, and the Trenton-based legislative probe has also struck out, by leading Democrats' own admission.  Oh-for-three.  Unless significant, heretofore unseen information comes to light (and no, deranged, discredited accusations don't count), this matter is resolved.  Two high-ranking members of Christie's inner circle abused their authority and lied about it, which is a fair knock on Christie's judgment.  But he dealt with the violators swiftly and decisively (and with contrition), and his unwavering insistence that he had absolutely nothing to do with their machinations appears to have been vindicated by the facts.  But in the sphere of public opinion, real damage has been done.  Christie's recovered from his mid-scandal polling free fall in New Jersey, but he's never come close to recapturing the remarkably broad-based support that fueled his overwhelming re-election victory.  The media's incessant drum-beating on 'Bridgegate' has taken its toll; we'll see how much ink and airtime they devote to this new chapter.  Either way, the federal whiff presents a peg for Christie to hang his hat on -- a clean, easy rebuttal to scandal-related criticism that may come his way should he decide to run for president in 2016.

Many conservatives harbor legitimate wariness when contemplating a potential Christie presidential candidacy; absent major countervailing evidence, 'Bridgegate' should be stricken from the sources of concern.  In fact, aside from the judgment questions pertaining to the fired staffers, it might even deserve a place in the 'positives' column.  Democrats threw everything they had at the guy to try to kill his political career in one fell swoop.  Much of the mainstream media was happy to oblige in the endeavor.  Though they've wounded Christie, they didn't finish him off.  Their obvious fear of him, coupled with his skillful and articulate defense of himself throughout this ordeal, shouldn't be discounted.  Conservatives should also be mindful that the Left is increasingly weaponizing the criminal justice system as a means of knee-capping people they view as threats.  Over the last year alone, they've come after Christie in Jersey, Rick Perry in Texas and Scott Walker in Wisconsin (which might be the most insidious case of the three for a number of reasons).  The Right can and should have robust debates about personalities and policies in advance of 2016, but it must stand arm-in-arm against unjustified character assassination in the form of partisan criminal investigations and bogus indictments.  I'll leave you with a bit of snark at the anti-Christie media's expense:


I'm sure MSNBC will go wall to wall with the Christie exoneration tonight, yes?


In fairness to MSNBC, it's not exactly a slow news week -- but if it were, would they devote endless hours of coverage to this narrative-disrupting revelation? Doubtful, and don't bother asking, either. Rachel Maddow "doesn't play requests."