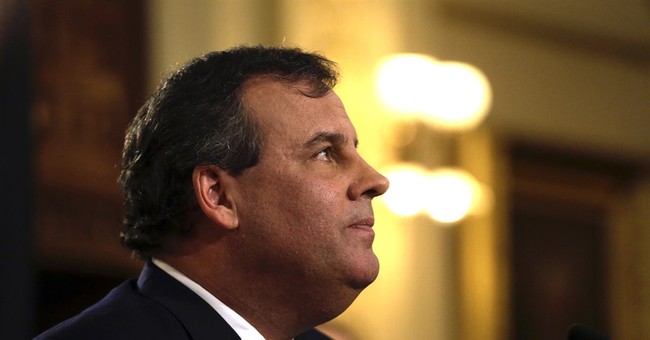 New Jersey Governor Chris Christie appeared at first to have endured the infamous 'Bridgegate' controversy, in response to which he fired two of his top advisers and answered every question the media sent his way. His swift and strong response, coupled with the lack of evidence tying Christie himself to the lane closure scandal, was enough to weather the storm -- or so it seemed. Then came a bombshell allegation from Hoboken Mayor Dawn Zimmer, who claimed on MSNBC that Christie's administration threatened to withhold Sandy relief funding if she didn't approve a building development project favored by the governor. The media pounced on this story, eager to fuel their "swirling scandals" narrative, which only reinforced Democrats' efforts to paint Christie as a bully. After multiple weeks of intensely negative, saturation coverage, Christie's job approval and favorability ratings have taken a hit, both nationally and in New Jersey. It's a safe bet that the appearance of dueling scandals, and the blanket coverage thereof, is a primary driver of the recent poll swoon. Bridgegate is real, consequences have been meted out, and investigations are underway. But does the accusation that kept the scandal fire burning have any merit? Many in the national press seem to have precious little interest in the answer to that question. The media sprayed Christie with rhetorical bullets until his reputation suffered damage, then drove off, blissfully unconcerned with the veracity of their ammo. This is a laboratory pure example of what Rush Limbaugh dubs "drive-by" journalism. Below is a summary of the actual evidence that's emerged since Zimmer first leveled her allegations on MSNBC:


Zimmer's 'Proof' - Zimmer offers three elements of "proof" to back up her story. The first is her personal recollection, to which she says she's willing to attest under oath. Second is a diary entry she claims to have written in May of 2013, when the alleged shakedown attempts took place. The third is the (belated) corroboration of a Hoboken city councilman, who recently said Zimmer told him about the purported incidents soon after they happened. Let's examine each.

It is undated and unverifiable. In another wrinkle, an attorney who represented a client in an unrelated case has stepped forward to point out that Mayor Zimmer testified that she does not keep a record or journal of conversations on city business. She said so in a sworn deposition taken last July, then again at trial. Though the exact wording of the question may allow some wiggle room, it seems deeply suspicious that Zimmmer would cite a diary entry from May, having stated for the record that she doesn't keep such a diary in July. If she was shifty with the facts under oath in that case, the power of her vow to repeat her accusations against Christie under oath is diminished. Here is the attorney sharing his story on Fox News this week, followed by my analysis:

(2) The councilman - David Mello is the only shred of independent corroboration in this case -- in support of Zimmer, that is. He is described by MSNBC as a Zimmer loyalist, and openly admits that he was adamantly opposed to Christie's re-election. Why he waited for several days after this story broke to remember his conversation with Zimmer is unclear, but a core question remains: Why didn't he, a hardcore Christie opponent, report the alleged corruption scheme to authorities or the voting public when he first learned of the issue? Indeed, some have argued that Zimmer and Mello's apparent decision not to blow the whistle on public corruption (until there was a political pile-on underway, months later) could be a crime under federal law. That legal question aside, Mello at the very least had strong political incentive to drop this on Christie before the Republican was re-elected in a landslide. He chose not to for some reason, if you believe his story.


Exculpatory evidence - On the other side of the ledger, a great deal of information has come to the fore suggesting that Christie is telling the truth. To refute Zimmer's allegations, Christie essentially has to prove a negative -- a very high bar. Absent more forthcoming, tangible proof from his accusers, he's come awfully close to clearing that high bar.


(1) Alleged "harm" didn't happen - The initial MSNBC article that went viral several weekends ago left a strong impression that the city of Hoboken, which was 80 percent flooded after Sandy, had been denied virtually bereft of all relief aid, save for an insignificant pittance. In truth, the city has been approved for roughly $70 million in direct relief and reconstruction aid from the federal and New Jersey governments. Christie's office says Hoboken is set to receive even more, pending federal approval. Zimmer's chief complaint was about "hazard mitigation" funds. She says she requested more than $100 million in that specific type of aid, but only received approximately $350,000. Her original ask was unrealistic in the extreme. The pot of money Christie's administration had to distribute for this purpose was about $300 million -- total, for the entire state. Zimmer wanted one-third of that sum for her city of two square miles. Beyond that, an Associated Press analysis revealed that Hoboken was treated "on par" with similarly-affected New Jersey municipalities. In fact, on one funding metric, Zimmer's city received the fourth highest grant in the state, among three dozen eligible towns. These facts alone should utterly discredit Zimmer's claims. She says her city was singled out for financial punishment. The data shows that it wasn't.


(2) The Democratic eyewitness - Mayor Zimmer fingered two separate Christie officials, who she says delivered corrupt, quid pro quo threats on behalf of the administration. One was the Lieutenant Governor, who strongly denies it, and the other is a man named Richard Constable. Zimmer says Constable confronted her on the set of a television show, on which they both served as panelists. The network has no record of their supposed conversation, and another panelist who sat directly next to Zimmer has explicitly refused to back up her version of events. Matt Doherty is the Democratic mayor of Belmar, New Jersey. He says he remembers no such conversation ever taking place, and went out of his way to praise Christie's professionalism and responsiveness after the storm hit. Zimmer claims that an extortion threat was issued against her before several TV cameras, on live mics, in front of and multiple witnesses. Not a shred of evidence validating that the (rather public) exchange ever took place has emerged.


(3) Shifting stories - The MSNBC segment that broke this story aired on January 18. According to a local reporter, Zimmer had approached him days earlier, peddling a different version of her accusation against Christie. At the time, she was claiming the governor's anti-Hoboken retaliation was rooted in her decision not to endorse his re-election bid. This tracked with speculation over Team Christie's motives in singling out Fort Lee, New Jersey for its politically-motivated traffic snarl. That story didn't stick, apparently, so she moved on to the building development project permutation:


Furthermore, mere days before Zimmer came forward on MSNBC, she explicitly told CNN that Hoboken had not endured any form of retaliation from Christie's office. That's three separate stories in the span of one week.


(4) Praise for Christie - Also puzzling are public statements from Zimmer in the months following the alleged extortion bullying. She wrote in her "May journal entry" that she was saddened and horrified by Christie's behavior, which she described as corrupt. Several months later, Zimmer had evidently shaken off her disgust, expressing gratitude that Christie -- the man who she says was abusing his power and holding her city hostage -- was governor, and congratulating him on the "great job" he'd done on her city's behalf:


These are strange sentiments coming from a rattled extortion victim. New Jersey is abuzz with additional knocks on Zimmer's ethics and speculation about the Hudson County Democratic machine putting her up to all of this, but theories don't qualify as evidence.

In short, the harm Zimmer alleges isn't backed up by empirical data, the timing and nature of her changing accounts is highly suspect, a supposed eyewitness from her own party won't back her up, and substantive reasons to doubt the authenticity of her "diary" have been raised. Also, purportedly at the request of investigators, she won't answer any more questions about her allegations -- so she can't be challenged on her inconsistencies. Responsible journalists will examine these facts and relay them to their audiences. But as Mary Katharine Ham quipped, "they do swirling allegations, not swirling exonerations" -- so don't hold your breath. In any case, unless and until genuine proof is presented that fortifies Zimmer's allegations, her claims should be viewed with extreme skepticism.