The Bridgegate Investigation to Nowhere 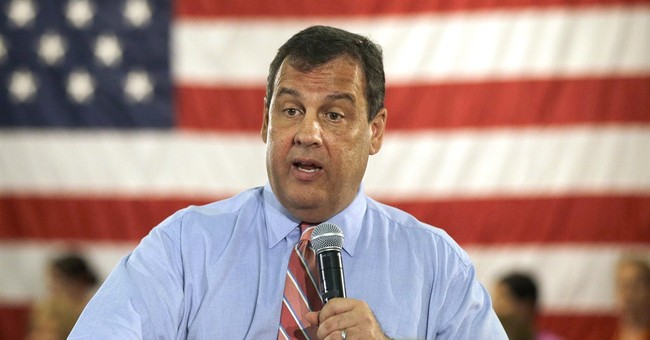 Last time we checked in on the 'Bridgegate' story, an internal investigation commissioned by Christie's office -- and conducted by a team of former federal prosecutors -- had just confirmed the governor's consistent account of events. Christie had previously apologized for two close aides' wrongdoing, having promptly fired them both. Upon the release of the first investigation's findings, he held a press conference to claim vindication. "I think the report will stand the test of time," he said of the inquiry. "But it will be tested by the other investigations that are ongoing.” One of those ongoing probes is the US Attorney's investigation, which is in the news just today as the chief prosecutor slapped down media rumors about looming indictments. The other is a stacked, partisan legislative panel, which has been toiling away for many months, trying to implicate the governor. Despite the occasional breathless and discredited allegation, and a few attempts by hostile media sources to resuscitate and broaden the controversy, they've turned up nothing. The joint committee's high-profile leader, John Wisniewski (former Chair of the state Democratic party), admitted as much on Meet The Press in February, and hasn't had any reason to alter his assessment. The Daily Beast offers a new glimpse into the flailing investigation's progress, or lack thereof, with the subhead blaring that the inquiry is "going nowhere." One of the heavily outnumbered Republican members of the group gripes to reporter Olivia Nuzzi -- who has an interesting claim to fame -- that the probe has been spinning its wheels for some time:


Asked what the point of the committee was, Assemblyman Michael Patrick Carroll, a Republican member and former Christie rival, said: “I’m glad you’re on the same page as I am, because I’ve been trying to figure that out for about six months.” … Carroll told me he initially joined the committee to investigate the Port Authority and figure out how to reform it—but the group has, much to his dismay, instead focused solely on the lane closures. “There just doesn’t seem to be a there there,” Carroll said. “If they’ve got a ‘gotcha!’ moment, it certainly hasn’t appeared. They found one email from Bridget—the ‘gotcha!’—and after that, everything’s been sort of on hold. Some of it doesn’t look good, but it certainly doesn’t look like it was corrupt or a crime.”


Christie, whose ratings back home have stabilized above water, is busy criss-crossing the country in his capacity as the Chairman of the Republican Governors Association. He's been an exceptional fundraising force for the organization and if he decides to run for president, he'll have collected a number of chits in important states. Recent polls from two presidential battlegrounds, Iowa and Colorado, show him locked in a dead heat with Hillary Clinton in a hypothetical general election match-up (only Rand Paul fares better at this stage). But if he aims to test that proposition, he'll have to convince primary voters that would make for an acceptable national nominee, which may not be an easy task. In the positive column, the governor is a talented and effective communicator; when he applies those skills to defending and promoting conservatism, he has the capacity to remind some disgruntled grassroots conservatives why he was once a darling. Take, for example, his performance during a forum moderated by John Harwood of CNBC and the New York Times. Christie turned a question about the controversial Common Core curriculum into a stirring defense of tenure reform and merit pay, slamming teachers union bosses for "putting the comfort of adults ahead of the protection of children." When Harwood challenged Christie on whether Republicans have been proven wrong about Obama's economic policies, Christie pointedly reminded him of the failed stimulus and rightly backhanded the current "recovery" as the weakest in decades. Take note of how the governor ably handles Harwood's attempt to interrupt him early on in that answer. He adroitly asserts himself and takes Harwood down a peg while drawing a laugh from the audience (via the Washington Free Beacon):


As I've said from day one, quite literally, if Christie's version of 'Bridgegate' events is contradicted by the evidence, he's in deep trouble. I stand by that. It's also fair game to ding him for welcoming the two implicated staffers into his inner circle -- personnel is policy, etc. But after a lengthy review, dominated in some quarters by his political opponents, he himself has remained in the clear. At some point, the relevance of this issue should recede almost entirely. Barring major revelations, I'd imagine it will be a non-issue in a hypothetical GOP primary. If anything, it might be a net positive among conservatives, given the cast of characters that has worked feverishly to take him out -- MSNBC and the New York Times first among them. Then it's up to Christie to convince righties that he can be trusted on issues. He has major policy vulnerabilities: Medicaid expansion, guns, and judges, just to name a few. Those questions, along with the governor's positive attributes and accomplishments, should serve as the primary basis for evaluating a potential Christie candidacy. Not a stale scandal that has been investigated ad nauseam and in which he hasn't been implicated.