Top Dem Investigator: Um, We Have No Evidence Implicating Christie So Far 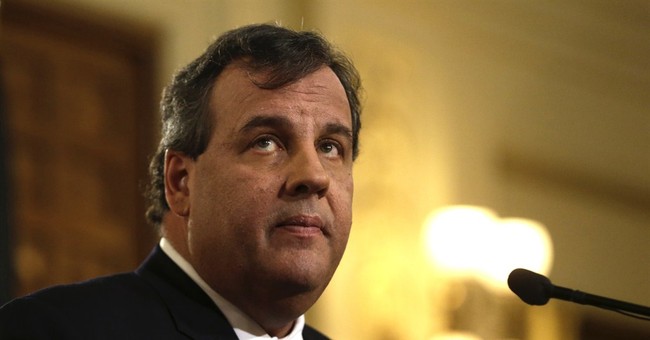 As Americans kicked off their Super Bowl weekends on Friday afternoon, the New York Times dropped a story that at first appeared to be game, set and match for Chris Christie. The Twitterverse was set ablaze by the apparent "revelation" that a former top Port Authority executive and Christie appointee had "flipped," offering proof that the governor had lied about his knowledge of the lane closure scheme. Except...that wasn't quite true. The Times quietly revised their story without noting any corrections, telling one media analyst that they'd made "dozens" of alterations to the story, and would likely make dozens more. When the shouting stopped, here's what remained: A tortured, heavily-parsed statement from David Wildstein's lawyer stating that "evidence exists" linking Christie "to knowledge" that the bridge lanes had been shut down while they were still closed. Let's start with what that accusation doesn't say. It doesn't say that Wildstein possesses any proof, just that it exists somewhere in the universe, according to him. It also doesn't allege that Christie had any knowledge whatsoever of the political nature of the incident -- from its conception to its planning to its execution -- which is the actual scandal here. Those Christie officials who were responsible for the scandalous behavior have been sacked by the governor. No, the "bombshell" from Wildstein's attorney suggests that this mysterious, so-far unseen evidence proves that Christie merely had contemporaneous knowledge that the lanes were closed for some reason.

That detail may seem insignificant, but on the issue of credibility, it's not. Christie has been very clear all along, stating that he first learned of the lanes being shut down after it was reported in the media, and that the first reports were published after the lanes had already re-opened. He's given that version of events in press conferences and statements dating back to December. Again, the only reason this minutiae matters is because Christie and his office have been so consistent about it. If the evidence to which Wildstein's lawyer alludes exists and can definitively demonstrate that Christie knew about the closures sooner, then Christie's honesty will take an irreparable hit. Which brings us to the following exchange on NBC yesterday. In response to a subpoena, Wildstein has submitted 900 pages of documentation to the New Jersey legislature's investigative committee, led by the state's (rabidly anti-Christie) former Democratic chairman. John Wisniewski appeared on Meet the Press, where host David Gregory asked if Wildstein's submissions to investigators confirm his claims implicating Christie:

GREGORY: “So now you have David Wildstein, as we have been talking about this morning, saying the ‘evidence exists’ that Christie is not telling the whole truth. What do we actually have here?”

WISNIEWSKI: “Well, that’s the question. We don’t know what the evidence is. He submitted over 900 pages of documents in response to the Committee’s subpoena. Apparently what he’s talking about must be something other than what he submitted …”

GREGORY: “Let me stop you there. 900 pages. Nothing implicates Christie, is that right?”

WISNIEWSKI: “Nothing that says the Governor knew contemporaneously, which is the allegation he’s making now.”

WISNIEWSKI: “Well, that’s a great question. We don’t have that answer.”


Why yes, that is a great question. Gregory followed up, challenging Wildstein's credibility:


GREGORY: “So doesn’t that undermine his credibility, as the investigator?”

WISNIEWSKI: “It really raises questions about – I mean it’s curious …”

GREGORY: “This guy wants immunity, he wants his legal bills being paid and he’s raising a charge that you really should have known if he turned over 900 pages of information.”


In that bolded section, Gregory outlines two of the reasons why Wildstein may be flailing. (1) He wants immunity from prosecution and (2) is angling to get taxpayers to pick up his legal tab. He's tossing chum in the water, hoping someone will bite. He's also likely peeved that Christie essentially forced him out of a job and criticized him in his statements of the press. The Democratic Mayor of Fort Lee has also called Wildstein's honesty into question. It's one thing for a desperate man and his attorney to lob grenades. It's another for the so-called "paper of record" to uncritically regurgitate those claims -- and to oversell and misstate the documents they received. The Times manufactured a frantic news cycle in which Christie initially appeared to be cooked by publishing a sloppy story with an unduly salacious lede and headline. Here's one of their editors conceding on CNN that, yeah, maybe they should have been a little "clearer:"

In politics, perception can become reality awfully quickly. The media breathlessly reported the Hoboken Mayor's allegations several weeks ago, but few outlets have followed-up on the emerging evidence that appears to exonerate Christie. If their goal is to cover the controversies in New Jersey fairly, the national media is doing, for the most part, a truly terrible job. If their goal is to feed a narrative that fosters an appearance of guilt, they're right on target. By the way, guess who seems quite eager to pronounce Christie's career dead and buried based on that very same narrative? Surprise:

Podesta also said allegations that Governor Chris Christie knew about lane closures on the George Washington Bridge may be "a killer" to the New Jersey Republican's presidential ambitions. "I don't think there's any coming back."


That would be former -- ahem -- Clinton aide and current Obama adviser John Podesta, who led the left-wing Center for American Progress. Funny, that. I'll leave you with a disclaimer I've been issuing for weeks: If Christie's accounts on these matters is contradicted by actual evidence that may yet come to light, he's finished. And you won't find almost anyone willing to defend him, including yours truly. So far, however, such evidence has been strangely elusive -- even as state and national Democrats and the media are turning over every rock to find it. On that score, Christie's aides are facing a Monday deadline to comply with investigators' subpoenas. Quick uodate: I discussed these developments on Fox News this afternoon: