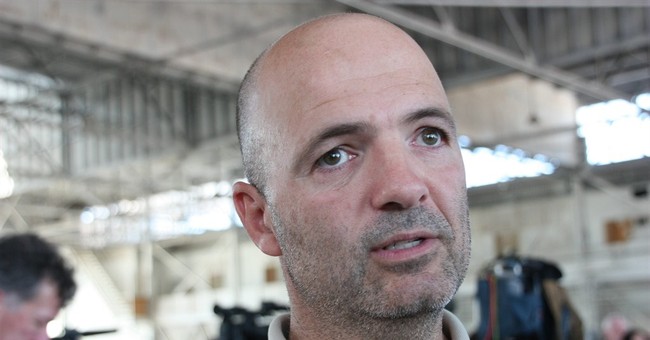 Khadr, who is a Canadian citizen, was sent to Guantanamo Bay for killing U.S. Army Sgt. First Class Christopher Speer in Afghanistan. Khadr pleaded guilty to murdering Speer - among other charges - when he was just 15 years-old. After spending eight years in Guantanamo, and two years in a Canadian prison, Khardr decided to sue the Canadian government for $20 million for wrongful imprisonment, claiming his confession came under duress.

Rather than undergo a long court battle, Trudeau decided to settle and gave Khadr $10.5 million for his troubles and a formal apology.

On Tuesday night, Fox News’ Tucker Carlson spoke with Army veteran Layne Morris, who was blinded in one eye due to shrapnel from a grenade that Khadr threw during the same firefight that killed Speer.

When asked what he thought of Trudeau’s decision to settle, Morris didn’t hold back.

“What kind of sick and twisted ivory tower do you have to live in as the prime minister of Canada to decide to award this man 10.5 million good, hard-working Canadian folks’ dollars to equal justice?” Morris asked. “It makes no sense.”

“I don’t think you’ve got to be Canadian or American to think, ‘okay there’s a guy out there who killed a U.S. soldier and now you’re going to give him $10.5 million because he was lonely at Guantanamo or he didn’t have a shoulder to cry on,’” Morris added. “How that balances out as justice is just beyond me.”

Morris noted that Trudeau didn’t even notify him of the settlement. Instead he received an apology from former Prime Minister Stephen Harper, after the settlement was already made.

However, Morris seemed most upset about the affect this will have on Speers’ wife.

“She’s a great lady and it’s got to be tough for her to see the Canadian government really open that wound.”

You can watch the full interview below:

Beth Baumann
Sorry, Anti-Trumpers, It Looks Like the DC Circuit *Is* Concerned Over Flynn Judge’s Bias
Matt Vespa
School Teacher: We Don't Want You to Know the Radical Stuff We've Been Teaching Your Kids
Madeline Peltzer
One Hundred Black Celebrities, Leaders Pen Letter to Joe Biden About His VP Pick