Why are the Middle-Aged Dying? 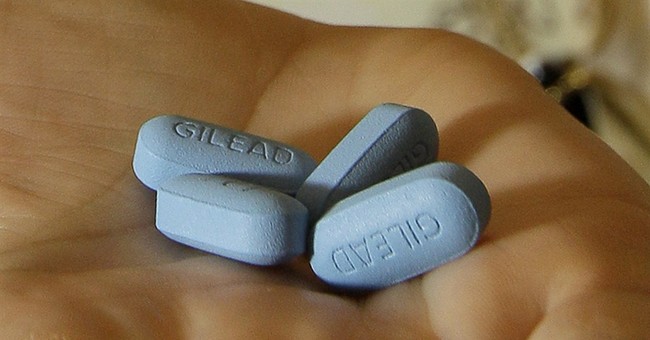 By now there’s a good chance you’ve heard of the disturbing study from Princeton economists showing that middle-aged white Americans are the only demographic showing increasing death rates. Only the 45-54 age segment, and only in the United States. Worse yet, the rise in deaths is due to suicide and substance abuse. One of the study’s authors described it: “Only H.I.V./AIDS in contemporary times has done anything like this.”

It’s impossible to draw a simple line of direct causation to a tragedy of this magnitude, but there are some compelling correlations.

The rise of powerful addictive prescription drugs plays a significant role. Prescription drugs have eclipsed illegal drugs as the leading cause of drug-related death, and they are widely available, particularly to the middle class. Of course, no one is seriously arguing that we turn away from these medications, but doctors should have a greater awareness of how they are impacting patients, and our culture needs to come to grips with how to look out for and help friends and family who suffer from addiction.

Governor Chris Christie has been promoting this message on the campaign trail (watch the excellent video here). Christie draws the contrast between how we treat someone dying of cancer caused by lifestyle choices like smoking and how we treat someone who overdoses on heroin. Why is the chain smoker given messages of empathy and support, while the heroin addict is written off as having “deserved it”? Given the crisis in rising deaths directly connected to alcohol and drug abuse, we need to do some soul searching for compassion and a willingness to reach out and help the addicted.

The study shows that the mortality rates are particularly high in those with a high school education or less. Given our current employment landscape this is hardly surprising. Consider any man or woman in their late 40s or early 50s: They should be in their prime earning years, and they are well short of retirement. But if they lose their job, or worse, their entire industry collapses, and they don’t have a college degree, what are they to do? There is little time to earn a degree, and they are left with a significant financial loss without much hope of replacing that income. This inability to find a comparable job led countless Americans to give up the job search entirely in the early years of the Recession.

Sadly, this problem has an easy solution, but it’s unlikely to happen. The heart of the problem is our over-emphasis on the bachelor’s degree and college education in general. At many, many colleges, a bachelor’s degree is little more than proof that you are willing to go tens of thousands of dollars into debt, show up to class regularly, and not drink so much that you fail to pass. That’s all a college degree often signifies, but our culture has given so much weight to “a college education” that these days it’s hard to get a part-time assistant position without a bachelor’s degree. This puts middle-aged Americans who did not formerly need a college degree in a tough spot if they lose their jobs.

In reality, these Americans have plenty to offer through accrued life skills and workplace experience. But this often isn’t considered as their applications are passed over because they don’t possess a college degree. Sadly, our education system and our economy as a whole are so thoroughly invested (financially and philosophically) in the idea that everyone should go to college and that a bachelor’s degree is a basic requirement for most family-supporting jobs that our less-educated middle-aged population will continue to struggle.

This financial insecurity of the middle-aged might help to explain why the rising death rate is unique to Americans. Other comparable Western countries have much larger safety nets. The middle-aged American is subject to unique levels of insecurity.

One of the study authors suggested to Vox that these Americans may have lost a compelling narrative:

“An anthropologist friend here says that [white, middle-age Americans] have lost the narrative of their lives — meaning something like a loss of hope, a loss of expectations of progress.”

Given their financial vulnerability and access to bountiful prescription drugs, alcohol, and heroin, it’s easy to see how the death rate could rise, but plenty of demographic groups suffer from financial strain. What’s unique about middle-aged white Americans? There must be broader cultural problems that hamper the middle-aged in establishing a narrative.

The world for the middle-aged white American is now very different from when they were children. Divorce rates are high, marriage rates are falling, and single parent households are common. The family as a cultural stabilizing force is disappearing. The younger population is increasingly leaving family and community to live in cities where there is little tangible community. As a society we are moving towards increasing isolation. For the middle-aged, this is not the America of their youth. Their kids are gone, they are divorced (perhaps multiple times), and their community institutions are nonexistent or on life support.

This is all happening in the midst of a decline in professing Christians. (And the number of professed Christians who actually regularly attend church is strikingly low.) With the difficulties facing the middle-aged, compounded by the disappearance of family, community, and religious conviction, it becomes easier to see how the escapes of substance abuse and suicide would be appealing. Tragically, if these large cultural problems are indeed the root causes of the increasing death rate, it’s hard to see an improvement coming.