Black Crime: Facing Down the Elephant in the Room

Will Alexander
|
Posted: Apr 12, 2021 12:01 AM
Share   Tweet
The opinions expressed by columnists are their own and do not necessarily represent the views of Townhall.com. 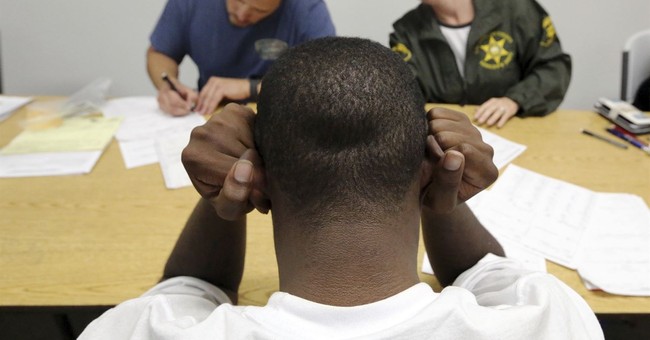 I recently wrote about the mysterious killings of endangered white rhinos in South Africa’s Pilanesberg Park years ago.  The killers turned out to be gangs of aggressive teen elephants who, raised without fathers or role models to “curb their youthful exuberance,” grew up to be troublemakers.  The delinquents fell in line after park staff relocated adult male elephants to the park who “kicked butt” with the compassion of a father and established a new hierarchy.

The violence and killings of white rhinos stopped.

I compared the young elephants to young blacks in urban cities who were raised without fathers or healthy role models and have grown up extremely violent and extremely dysfunctional. That dysfunction is passed down to succeeding generations because rather than making the hard decisions to accurately define and solve the problem, leaders and activists excuse the bad behavior by blaming all the mayhem on slavery and Jim Crow. The message?  “It’s not your fault.”

On Monday alone, 16 people were shot and two killed in Chicago, a city led by blacks.  Two teenage black girls killed an Uber Eats driver in D.C. during a foiled carjacking.  A knife-wielding black man, 25, was shot dead after he rammed his car into a barricade at the Capitol, killing one policeman.  A deranged black man who had been released from prison after killing his mother was caught on camera kicking, stomping, and beating a random 65-year-old Asian woman, while others, including a security guard, watched.

With all the talk of structural racism, equity, and white supremacy, violence has not only gotten more brash, but it’s becoming institutionalized. Yet, if the woke crowd were successful in transforming the country into an “anti-racist” paradise, we would still be light years away from fixing the dysfunction and disparities in urban cities.

Blaming black crime on slavery and Jim Crow completely ignores the elephant in the room.

“We need to be courageous and come up with alternative explanations that are difficult to articulate but they must be said,” McDonald told Tucker.

Corey Brooks, pastor of New Beginnings Church of Chicago, has spent the past few years getting his hands dirty with an “alternative explanation” that is slowly transforming one of the most violent neighborhoods in Chicago. Rather than blaming cops, he’s laser-focused on tackling urban crime at its root: broken families.

In the new documentary “What Killed Michael Brown?” Shelby Steele and his son, Eli, spoke with Pastor Brooks, who set up his church in 2000 in the heart of Woodlawn, Illinois. It’s now a congregation of 2,500.

“I believe the church is the hope of the world,” said Brooks.  “What greater place that needs that hope than a place that’s experiencing high levels of crime [and] broken families? We’ve seen a lot of young guys in the neighborhood who don’t value their lives.  A lot of it is a result of not having someone to encourage them that ‘You can do better,’ … But if you don’t have those messages going forward, it’s hard for you to value life when everybody is shooting and killing.”

That was true for ex-Black Disciples gang leader Varney Voker who, as a child, watched his mother smoke weed and deal drugs. He wanted to be like her. But he did better. Voker grew up to build a crack-heroin business that brought in $60,000 a day.

Legendary in Chicago as one of “The Bentley Twins” (he and his twin brother drove Bentleys), Voker told Steele about how he returned from an 11-year prison sentence to find his old neighborhood under new leadership. While looking for old connections to rebuild his empire, Voker’s friend told him he had to go to the church.

When they finally met, the pastor said to the ex-gang leader: “OK, um, I know who you are; I heard a lot about you – glad to see you home, but I’m the new sheriff in town.”

By making himself the “biggest elephant in the room,” Brooks established a new hierarchy in Woodlawn where young blacks saw him as a father figure.  Over the years, Brooks has created an environment where young people can learn a trade, become self-sufficient, and be role models for others.  It is this painstaking cycle of creating and reproducing role models that Brooks believes will transform the neighborhood.  In fact, he wants Woodlawn to be the petri dish that will offer proof that urban areas nationwide can grow themselves out of dysfunction and close crippling disparities.

It is the Corey Brooks of the world – not the Cory Bookers – who will do for troubled urban cities what trillions of government dollars, angry protesters, and pampered TV pundits have failed to do.  They ignore the elephant in the room, then make books and monuments to themselves about the problems they created and pretended to solve.

But men like Pastor Brooks stare the elephant in the eye, hammer stakes in the ground, and commit to the dirty, back-breaking labor of changing the destiny of generations of broken human beings.

If America is lucky, Brooks and people like him, just may be replicating an army of men and women in their own images.