To Understand Why Racism Isn't the Problem, Look to South Africa's Pilanesberg Park

Will Alexander
|
Posted: Apr 02, 2021 12:01 AM
Share   Tweet
The opinions expressed by columnists are their own and do not necessarily represent the views of Townhall.com. 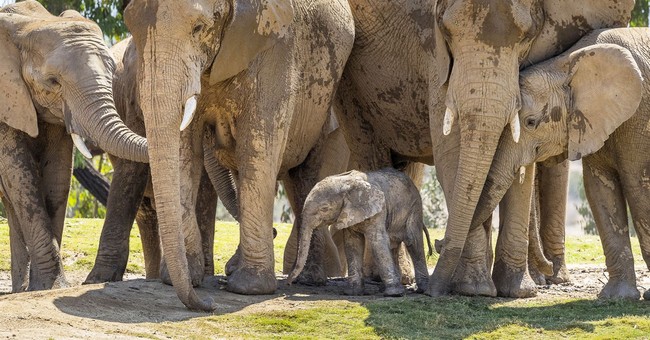 “One father is more than a hundred schoolmasters.” – 17th Century English Proverb.

Years ago, South Africa’s Pilanesberg Park had big trouble. Tons of it. Someone went on a killing spree of its prized white rhinos. Thirty-nine of the 5-ton ungulates were mysteriously turning up dead around the park. That was 10 percent of the park’s endangered rhino population. The killers had to be stopped, so park rangers turned into homicide detectives.

Who did it?  Poachers, perhaps? No. It couldn’t have been. The dead rhinos didn’t have bullet holes, and their horns were still intact.

A break came in the case when staff saw a video of young elephants terrorizing tourists.  Others witnessed elephants taunting and bullying rhinos for hours.  After tracking the herds, chronicling their behavior, and developing rap sheets on the most aggressive ones, rangers found their killers: gangs of teen male elephants.

“You don’t want to believe that an elephant is capable of killing a rhino,” said Gus Van Dyk, the Pilanesberg’s field ecologist.

But they were.  Why?

The problem went back two decades. Kruger National Park, half the size of Switzerland, was dangerously overpopulated with elephants.  Adult males were too big to relocate, so the excruciating decision was made to shoot them and move the children and some of their mothers to other parks.

But what seemed like a good idea at the time severely disrupted the delicate balance of life in elephant society. It triggered a disaster. Young elephant herds, deprived of adult male leadership, were forced into an extremely destabilized childhood that turned deadly in their teens.

“Like juvenile delinquents from urban jungles, they’ve grown up without role models,” said journalist Bob Simon, who reported on the story for 60 Minutes in 1999.

“What’s different is they don’t have a father,” said Dyk. “I think everyone needs a role model, and these elephants that left the herd had no role model and had no idea of what appropriate elephant behavior was.”

Something else triggered the aggressive behavior: the biochemistry in male elephants called musth.  During musth, male elephants secrete a hormone-rich substance from glands on the sides of their foreheads and they walk around dribbling urine.  They become sexually hyperactive, unpredictable, and possessed by the urge to dominate their peers.

“There’s no more dangerous animal on Earth, than a bull elephant in musth,” Darwin said.  But nature provided a way to deal with aggressive young elephants: constant push-back from a bigger elephant – the father.

Without a father to “curb their youthful exuberance,” said Simon, the Pilanesberg elephants’ sexual development became premature.  They entered into musth too soon, and it left them “pumped up with testosterone; stressed out with sexual anxiety and looking for a fight.”

To solve Pilanesberg’s problem, adult male elephants were brought back to the park on specially designed trucks emblazoned with the words: “We’re on our way to kick butt in the Pilanesberg.” And that’s what happened.  The adult males established a new hierarchy, and the rhino killings stopped.  Simon called it the “biggest Big Brother Program in the world.”

Something similar happened inside America’s urban jungles.  Gangs of angry young black males – without fathers or role models to teach them appropriate behavior – are wreaking havoc in their neighborhoods.

In 2005, blacks were the victims of 805,000 non-fatal violent crimes and about 8,000 murders, a 2007 DOJ study found.  In one-to-one murders, 93 percent of the perpetrators were black – mostly young and mostly male. In 2018, blacks were overrepresented among those arrested for violent crime, according to a January 2021 DOJ study.  All this was before George Floyd’s death, an event used to dignify deviancy.

But like the elephants at Pilanesberg Park, things were not always this way – even in the worst of times.

“The black family survived centuries of slavery and generations of Jim Crow where most black children grew up in homes with two parents,” said Thomas Sowell, quoted by Dean Kalahar in an American Thinker column, The Decline of the African-American Family.

Dunbar, a black high school, repeatedly equaled or exceeded performance on national standardized tests from 1870 to 1955, Kalahar wrote. In 1950, 72 percent of black men and 81 percent of black women had been married. The black labor force participation rates were higher than whites in every census between 1890 to 1950. Before 1960, the number of teenage pregnancies was decreasing; poverty and dependency were declining, and black income was rising. In the mid-60s, 76 percent of black children were born to married women.

What happened? Racism, perhaps? No. The black family survived centuries of slavery and generations of Jim Crow, as Sowell said.

After some masterful detective work by the likes of Sowell, Walter Williams, Larry Elder, Bob Woodson, Shelby Steele and others, the perpetrator was found.  It was the perverse incentives created by Lyndon Johnson’s “War On Poverty” programs. What seemed like a good idea at the time severely disrupted the delicate balance of life in black urban society.  It triggered a disaster.

Johnson’s do-good poverty soldiers fanned out through America to put blacks on welfare.  The more kids you had, the more money you got. The kicker? The money spigot went dry if a man lived in the home. The massive programs defunded the “policeman of the home,” and it led to out-of-wedlock births and generational deviancy among young black males.

Young blacks, deprived of adult male leadership, were brought up into a severely destabilized childhood that turned destructive in their teens, and they grew up into troublemakers.

But rather than solving the crime, misguided and mischievous elites are turning America upside down to pin the crime on the wrong suspect: racism.  It’s like blaming poachers for Pilanesberg’s rhino killings when the obvious evidence proved otherwise.

America’s aggressive young male problem needs an adult male leadership solution.  Without a policeman in the home, there will always be policemen in these neighborhoods.  Cops don’t respond to race; they respond to crime.

So, I have an idea for the Obamas, Oprah, Sharpton, LeBron, and all the BLMs of the world who have strong connections to troubled neighborhoods.  Instead of blaming “white folks” for problems that are impossible for them to solve, concentrate your immense wealth and influence to create a movement that would infuse these neighborhoods with adult males who can “kick butt” and establish a new hierarchy.

Without a nickel of government money, this would be the “biggest Big Brother Program” in America history.