Before and After Welfare Handouts

Walter E. Williams
|
Posted: May 09, 2018 12:01 AM
Share   Tweet
The opinions expressed by columnists are their own and do not necessarily represent the views of Townhall.com. 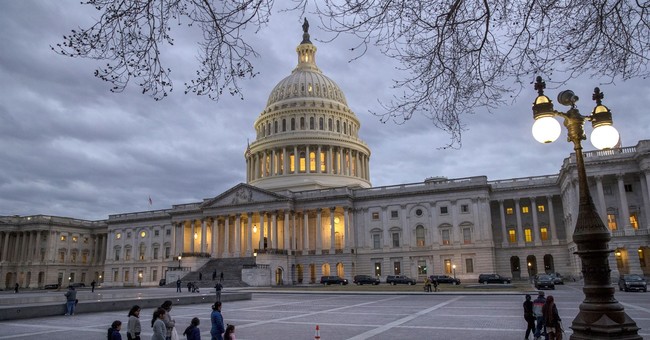 Before the massive growth of our welfare state, private charity was the sole option for an individual or family facing insurmountable financial difficulties or other challenges. How do we know that? There is no history of Americans dying on the streets because they could not find food or basic medical assistance. Respecting the biblical commandment to honor thy father and mother, children took care of their elderly or infirm parents. Family members and the local church also helped those who had fallen on hard times.

Generosity has always been a part of the American genome. Alexis de Tocqueville, a French civil servant, made a nine-month visit to our country in 1831 and 1832, ostensibly to study our prisons. Instead, his visit resulted in his writing "Democracy in America," one of the most influential books about our nation. Tocqueville didn't use the term "philanthropy," but he wrote extensively about how Americans love to form all kinds of nongovernmental associations to help one another. These associations include professional, social, civic and other volunteer organizations seeking to serve the public good and improve the quality of human lives. The bottom line is that we Americans are the most generous people in the world, according to the new Almanac of American Philanthropy -- something we should be proud of.

Before the welfare state, charity embodied both a sense of gratitude on the behalf of the recipient and magnanimity on the behalves of donors. There was a sense of civility by the recipients. They did not feel that they were owed, were entitled to or had a right to the largesse of the donor. Recipients probably felt that if they weren't civil and didn't express their gratitude, more assistance wouldn't be forthcoming. In other words, they were reluctant to bite the hand that helped them. With churches and other private agencies helping, people were much likelier to help themselves and less likely to engage in self-destructive behavior. Part of the message of charitable groups was: "We'll help you if you help yourself."

Enter the federal government. Civility and gratitude toward one's benefactors are no longer required in the welfare state. In fact, one can be arrogant and hostile toward the "donors" (taxpayers), as well as the civil servants who dish out the benefits. The handouts that recipients get are no longer called charity; they're called entitlements -- as if what is received were earned.

There is virtually no material poverty in the U.S. Eighty percent of households the Census Bureau labels as poor have air conditioning; nearly three-quarters have a car or truck, and 31 percent have two or more. Two-thirds have cable or satellite TV. Half have at least one computer. Forty-two percent own their homes. What we have in our nation is not material poverty but dependency and poverty of the spirit, with people making unwise choices and leading pathological lives, aided and abetted by the welfare state. Part of this pathological lifestyle is reflected in family structure. According to the 1938 Encyclopaedia of the Social Sciences, that year 11 percent of black children and 3 percent of white children were born to unwed mothers. Today it's respectively 75 percent and 30 percent.

There are very little guts in the political arena to address the downside of the welfare state. To do so risks a politician's being labeled as racist, sexist, uncaring and insensitive. That means today's dependency is likely to become permanent.