Walter E. Williams
|
Posted: Aug 02, 2017 12:01 AM
Share   Tweet
The opinions expressed by columnists are their own and do not necessarily represent the views of Townhall.com. 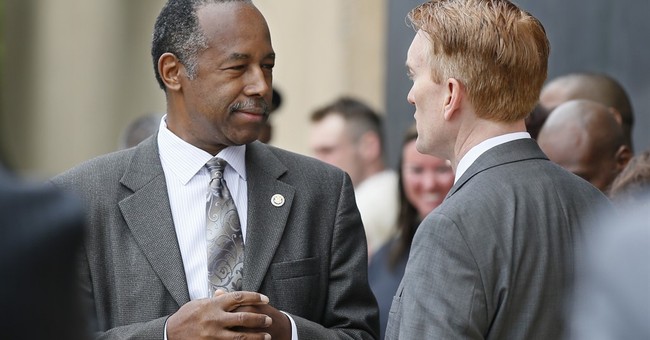 For the most part, people share common goals. Most of us want poor people to enjoy higher standards of living, greater traffic safety, more world peace, greater racial harmony, cleaner air and water, and less crime. Despite the fact that people have common goals, we often see them grouped into contentious factions, fighting tooth and nail to promote polar opposite government policies in the name of achieving a commonly held goal. The conflict is centered around the means to achieve goals rather than the goals themselves. The policies that become law often have the unintended consequence of sabotaging the achievement of the stated goal.

Let's look at a policy pushed by advocacy groups, politicians and poorly trained, perhaps dishonest, economists -- mandated increases in the minimum wage. Nobel Prize-winning economist Paul Krugman claimed in a 2014 interview with Business Insider that there is actually not much risk of significantly higher wages hurting workers. He argued that low-wage workers are in non-tradable industries for which production cannot be moved overseas and are in industries in which labor cannot be easily replaced by technology. Krugman's vision is one that my George Mason University colleagues and I try to correct.

Those who argue that the price of something can be raised without people having a response to it have what economists call a zero-elasticity vision of the world. For them, labor prices can rise and employers will employ just as much labor after the price increase as before. There is no evidence anywhere that people have no response to the change in price of anything. Plus, the longer a price change remains in effect the greater the response to it.

Let's examine Krugman's assertion that low-skilled labor cannot be easily replaced by technology. Momentum Machines has built a robot that can "slice toppings like tomatoes and pickles immediately before it places the slice onto your burger, giving you the freshest burger possible." The robot is "more consistent, more sanitary, and can produce about 360 hamburgers per hour." Let's Pizza is a pizza-making vending machine from Europe that can make four different kinds of pizza in about 2 1/2 minutes.

Kay S. Hymowitz's recent article "The Mother of All Disruptions," in a special issue of City Journal, gives numerous examples of jobs loss through technology. According to The New York Times, 89,000 workers in general merchandise lost their jobs between the beginning of November 2016 and the end of March. And it's not just the U.S. where robots are replacing labor. Foxconn's iPhone-making facility in China has replaced 60,000 workers with robots.

The economic phenomenon that people who call for higher minimum wages ignore is that when the price of anything rises, people seek substitutes. We see it with anything. When the price of oil rose, people sought ways to use less of it through purchasing more insulation for their homes and fuel-efficient cars. When the price of beef rose, people sought cheaper substitutes such as pork and chicken. The substitution effect of price changes is omnipresent, but do-gooders and politicians seem to suggest that labor markets are an exception. It's bad enough when do-gooders and politicians have that vision, but it is utterly disgusting and inexcusable for a trained economist to buy into that zero-elasticity vision.

It's not just Krugman. On the eve of the 2007 minimum wage increase, 650 of my fellow economists, including a couple of Nobel laureates, signed a petition that read, "We believe that a modest increase in the minimum wage would improve the well-being of low-wage workers and would not have the adverse effects that critics have claimed." At the time, I wrote that I felt professional embarrassment for them; however, I felt proud that not a single member of our distinguished George Mason University economic faculty signed the petition.

Convincing people of how the world really works in hopes of promoting more humane policies requires examination and falsification of false visions and premises. That's a tough job with little prospect for completion.

Share this on Facebook
Tweet
FBI Confirms Remains Found in Wyoming are Those of Gabby Petito
Landon Mion
MSNBC Host Says Gabby Petito's Media Coverage is a Case of 'Missing White Woman Syndrome'
Landon Mion
They Revolted? Haitian Migrants Took Control of a Federally-Contracted Bus at the Border
Matt Vespa
Bob Woodward: Milley’s Call with China was Made ‘in the Interest of Protecting the Country’
Landon Mion
Psaki Confirms Border Patrol Agents Will Be Disciplined For Protecting America
Katie Pavlich
'Where Is She?' MSNBC Host Rips Kamala Harris For Being a Miserable Failure on the Border
Matt Vespa