Walter E. Williams
|
Posted: Jun 14, 2017 12:01 AM
Share   Tweet
The opinions expressed by columnists are their own and do not necessarily represent the views of Townhall.com. 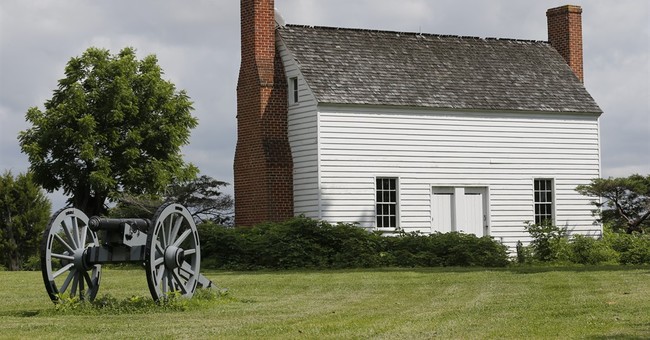 George Orwell said, "The most effective way to destroy people is to deny and obliterate their own understanding of their history." In the former USSR, censorship, rewriting of history and eliminating undesirable people became part of Soviets' effort to ensure that the correct ideological and political spin was put on their history. Deviation from official propaganda was punished by confinement in labor camps and execution.
Today there are efforts to rewrite history in the U.S., albeit the punishment is not so draconian as that in the Soviet Union. New Orleans Mayor Mitch Landrieu had a Confederate Gen. Robert E. Lee monument removed last month. Former Memphis Mayor A C Wharton wanted the statue of Confederate Lt. Gen. Nathan Bedford Forrest, as well as the graves of Forrest and his wife, removed from the city park. In Richmond, Virginia, there have been calls for the removal of the Monument Avenue statues of Confederate President Jefferson Davis and Gens. Robert E. Lee, Stonewall Jackson and J.E.B. Stuart. It's not only Confederate statues that have come under attack. Just by having the name of a Confederate, such as J.E.B. Stuart High School in Falls Church, Virginia, brings up calls for a name change. These history rewriters have enjoyed nearly total success in getting the Confederate flag removed from state capitol grounds and other public places.

Slavery is an undeniable fact of our history. The costly war fought to end it is also a part of the nation's history. Neither will go away through cultural cleansing. Removing statues of Confederates and renaming buildings are just a small part of the true agenda of America's leftists. Thomas Jefferson owned slaves, and there's a monument that bears his name -- the Thomas Jefferson Memorial in Washington, D.C. George Washington also owned slaves, and there's a monument to him, as well -- the Washington Monument in Washington. Will the people who call for removal of statues in New Orleans and Richmond also call for the removal of the Washington, D.C., monuments honoring slaveholders Jefferson and Washington? Will the people demanding a change in the name of J.E.B. Stuart High School also demand that the name of the nation's capital be changed?
These leftists might demand that the name of my place of work -- George Mason University -- be changed. Even though Mason was the author of the Virginia Declaration of Rights, which became a part of our Constitution's Bill of Rights, he owned slaves. Not too far from my university is James Madison University. Will its name be changed? Even though Madison is hailed as the "Father of the Constitution," he did own slaves.

Rewriting American history is going to be challenging. Just imagine the task of purifying the nation's currency. Slave owner George Washington's picture graces the $1 bill. Slave owner Thomas Jefferson's picture is on the $2 bill. Slave-owning Union Gen. Ulysses S. Grant's picture is on our $50 bill. Benjamin Franklin's picture is on the $100 bill.
The challenges of rewriting American history are endless, going beyond relatively trivial challenges such as finding new pictures for our currency. At least half of the 56 signers of the Declaration of Independence were slave owners. Also consider that roughly half of the 55 delegates to the 1787 Constitutional Convention in Philadelphia were slave owners. Do those facts invalidate the U.S. Constitution, and would the history rewriters want us to convene a new convention to purge and purify our Constitution?
The job of tyrants and busybodies is never done. When they accomplish one goal, they move their agenda to something else. If we Americans give them an inch, they'll take a yard. So I say, don't give them an inch in the first place. The hate-America types use every tool at their disposal to achieve their agenda of discrediting and demeaning our history. Our history of slavery is simply a convenient tool to further their cause.