Walter E. Williams
|
Posted: Dec 21, 2016 12:01 AM
Share   Tweet
The opinions expressed by columnists are their own and do not necessarily represent the views of Townhall.com. 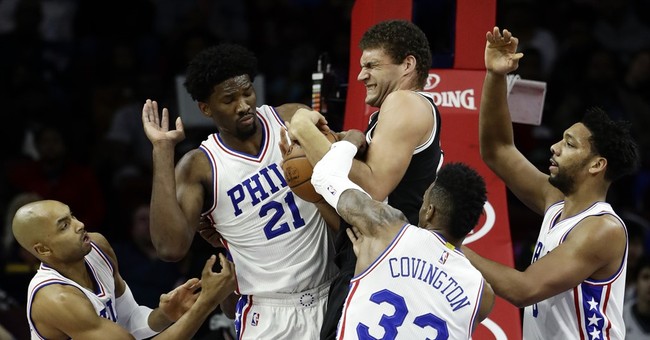 Sometimes it seems as if every other word from the mouths of academicians is "inclusiveness" or "diversity." How sincere and truthful are these people about their "inclusiveness and diversity" religion?

Suppose a group of engineering students do not want to include black or Mexican students in their study group. Should they be permitted to have freedom of association or restrained from freely associating? The true test of one's commitment to freedom of association does not come when he permits people to be free to associate in those voluntary ways he deems appropriate. The true test comes when he permits people to associate in ways he deems offensive. I suspect that most academics believe that people should be permitted to associate only in ways they deem appropriate. This is no less than totalitarianism.

Some might argue that when it comes to marriage, non-inclusiveness and lack of diversity are of little social consequence. That claim is pure nonsense. When there is assortative (non-random) mate selection, it heightens whatever group differences there are in the population. When high-IQ people marry other high-IQ people and when high-income people marry other high-income people, this non-inclusiveness in mate selection enhances the inequality in the population's intelligence and income distribution. In other words, there would be greater income equality if high-income people mated with low-income people. And to the extent that there is a racial correlation between these characteristics, there would be greater equality if white people mated with black people. But I imagine that most people, even academics, would be horrified by the suggestion of a mandate to require non-assortative mating.

One can understand the lack of concern for diversity in professional sports, where it's just about money. But one is left flummoxed by the lack of diversity in college sports. After all, you can't listen to any college president or provost speak for more than a few minutes without hearing the word "diversity" or "inclusiveness" drop from his lips. Colleges spend hundreds of millions of dollars on diversity. MIT has a manager of diversity recruitment; Toledo University has an associate dean of diversity; Harvard, Texas A&M, the University of Virginia, the University of California, Berkeley and many others boast of officers, deans, vice presidents and perhaps ministers of diversity. But in what appears to be the height of deviousness and deceit, these administrators allow sports, the most visible part of most colleges, to be the least diverse and least inclusive. One has to wonder just how serious academicians are about diversity and inclusion.